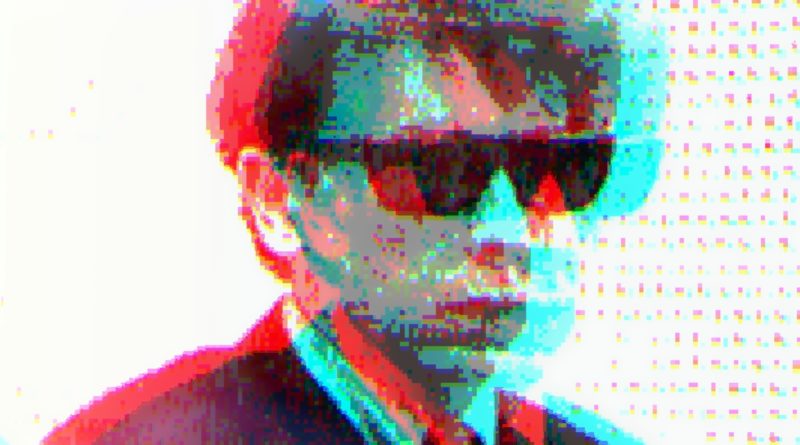 His classic 1960’s productions feature everything and the kitchen sink, but omit any room for us or our experience

That’s why Spector’s work is infinitely less satisfying than the work of Brian Wilson.

For his entire public life, Phil Spector existed in the shadows of eccentricity. I suspect, prior to the events of February 3, 2003, many (especially Spector himself) thought those eccentricities underlined his legend. But after that date, it (justifiably) defined it. Even before the tragic death of Lana Clarkson, Spector was a contaminated figure. It was impossible to discuss his legacy without discussing his personal and professional quirks. His predilection for brandishing weapons and threatening violence was an absolute constant dissonant note to any conversation about his life and work. But after 2/3/03, that dissonance became the song itself. The appraisal of Phil Spector’s artistic legacy that follows is underneath that cloud, not in ignorance of it.

Years upon years ago, John Cage described Glenn Branca’s gnashing, crashing frequency-occupying high volume music as fascistic. I think this is what he meant: when you listened to Branca, there was no room for your own thoughts and feelings. The artist’s vision was an occupying force in your consciousness. I don’t necessarily agree with Cage, but I do think that’s a good way to describe Spector’s legendary 1960s productions.

One of the magical things about most rock and pop music is that it gives us, the listener, a lot to fill in. We bring our own experience, imagination, fears and hopes into the transaction. We complete the arc. We can tailor virtually any song we hear to our own emotional, spiritual and practical needs. This is why even an instrumental track can bring us to great heights of emotional recognition or open up caverns and geysers of memory. This is why a song we have never heard before can scrape our heart and scratch tears out of our eyes. Music invites us to complete an arc with our own emotional index.

Phil Spector’s art left nothing to the imagination. His classic 1960’s productions feature everything and the kitchen sink, but omit any room for us or our experience. These famous recordings are antithetical to abstract paintings which require us to project our own emotional and historical record to complete the arc of meaning. Spector’s work is frequently magnificent on a sensational level, and always impressive when you analyze its form, construction, and execution. But his work leaves very, very little room for what music does best: include and invite the listener’s experience. A Spector production is, as Cage said about Branca, a fascistic experience. It occludes our space for interpretation, and insists that we prostrate at the impressive, glittering throne of the creator.

Without any question, I prefer the productions of those who were influenced by Spector’s work, who inhaled his love for doubling, tripling, and quadrupling instruments and expertly juggling and aligning manifold factors in a tiny studio room. For instance, Shadow Morton’s productions are not only more dramatic, they also leave far more room for the imagination. The imagination is where WE live, where our hearts explore, where our experience interacts with art. Without any doubt, Brian Wilson’s very best work (his productions for the Beach Boys from 1964 through 1966) would not have been possible without Spector’s, uh, specter. But Wilson vastly improved on Spector, yes he did; he added heart, vulnerability, and room for the listener to interject their own emotional experience. In Spector’s entire catalog, the only thing he recorded that matched the tender emotionality of Wilson’s “Let’s Go Away For A While” is the guitar solo Spector plays on “On Broadway” by the Drifters (a song he didn’t produce). Again and again, the productions of Spector disciples like Morton, Brian Wilson and Jack Nitzsche actually have space in them. And space? That’s where we go. That’s where we hear OUR heart beat.

Phil Spector’s 1960s productions grab you by the ear and the ass, and they exist brilliantly as high and low art, appealing to both novice and nerdy listeners. A casual listener is swamped by an AM tsunami; a “deeper” analysis reveals a mad genius at work. In both cases, the listener goes, again and again, What The Actual Fuck (this is a good thing). In this sense, Spector may be less comparable to his notable disciples (i.e., Wilson, Morton, et al), than to other people who made productions that capitalized on sensation and not emotion, like Joe Meek, Mike Chapman/Nikki Chinn, and Giorgio Moroder. Each of those artists – and I will call them artists – did work that goes LOOK AT ME, LOOK AT ME, WOW ISN’T THIS GREAT, CAN YOU BELIEVE WHAT YOU JUST HEARD?!?  Oh, and Joe Meek murdered someone, too, which is a weird bit of uh, coincidence.

I also wonder how much of Phil Spector’s artistic reputation may be a trick of the light. We have accepted this idea that he was a genius, and that his productions were better than all other contemporaries, because we have been told this so very, very often. Tom Wolfe’s famous 1964 profile of Spector was the first serious literary profile of any music producer, and Brian Wilson and Bruce Springsteen’s endless name-checking of Spector made him a constant reference point for multiple generations of music fans, both casual and avid. It is possible this has led to a distortion of Spector’s place in the scheme of things, and may explain why Spector is more well regarded, on a critical level, than, say, Shadow Morton or Tony Hatch, both of whose productions I personally prefer. This bias continues to this day (even under the cloak of the reputation-burying notion of Spector-as-murderer). Here’s a good example of this spin: In its Spector obituary, The New York Times contended that, “Spector single-handedly created the image of the record producer as auteur, a creative force equal to or even greater than his artists, with an instantly identifiable aural brand.” This statement is powerfully inaccurate, one of those things that sounds right without in fact being so. The notion that Spector was the first producer with an identifiable brand would come as a great surprise to Axel Stordahl, Mitch Miller, Sam Phillips, Jerry Wexler, and John Hammond, amongst many others.

Ultimately, I think the most important thing about Spector’s 1960s work was its influence. Shadow Morton, Brian Wilson, Jack Nitzsche, and Bruce Springsteen (amongst others) took inspiration from Spector but then improved on the master, by using the idea of Phil Spector as a starting point or seasoning to integrate into their own more effective, more sexy, more visceral, and more emotional vision.

However, there is an entire second act for Spector: his exquisite, inventive, immediately identifiable but artist friendly productions of George Harrison and John Lennon.  In my opinion, this is where Spector deserves his greatest praise. On Harrison’s All Things Must Pass and the three albums he produced for John Lennon, Spector found a way to integrate his truly inventive mind (and especially his innovative ideas regarding massed overdubs and how drums should be recorded and mixed) into the deep emotionalism of another artist’s vision. Again and again throughout these four albums, we find two qualities that are almost completely absent from Spector’s earlier productions: maximum minimalism (think of how BIG yet how simple “Imagine” or “Instant Karma” are) and open-ended emotionalism (despite the lush, effective multi layering, WE can still find parts of OURSELVES inside “If Not For You” or “My Sweet Lord”).

Ultimately, Phil Spector exists on three planes: the extraordinary, inventive producer of the solo Beatles and a few others; the maker of spectacular, groundbreaking yet emotionally limited productions that were profoundly influential; and the craptacious, eccentric human being who was convicted of murder.

Outside of his work with the ex-Beatles, Spector was largely unable to move beyond his own profound and flawed sense of self. That is, Spector couldn’t get out of his own way, and make productions that put the need of the assignment and the artist first, and the noises in his head second. Virtually every other great producer (even those with singular, identifiable sounds) was willing and eager to make that transition: we note how Tony Hatch, Jack Nitzsche, Guy Stevens, Shadow Morton (and later Mutt Lange and Rick Rubin) all successfully adapted to the idea of shaping their vision around the need of the artist being recorded. Nevertheless, we note that Spector still occasionally had that ability to integrate his mind’s own inventive demons into the art of others, and I do wish there had been more of this. His album with Dion, 1975’s Born to Be With You, is a treasure, and I have always argued that the Ramones’ End of the Century is their third best studio album. Spector sensed that the Ramones, at their core, wrote classic dumbangel pop and doo-wop songs; Spector chose to honor the simplicity of the songs, and discard the simplicity of the way the songs were initially performed and arranged. This resulted in a strange and magical transposition of time, place, and style. And Spector’s final released work, two tracks from Starsailor’s Silence is Easy album (released in 2003), reveal that even this late in the game he was still actually capable of honing a path where his own original vision could interface with the identity and needs of an artist, as he had with Harrison, Lennon, Dion, and, arguably, the Ramones.

VIDEO: The Ramones “Do You Remember Rock ‘n’ Roll Radio?”

But almost exactly 18 years ago, Phil Spector murdered Lana Clarkson, inserting a deeply tragic and defining punctuation mark on his career. Sensible analysis of his work and his influence will always be secondary to his darkest act. We cannot and should not make any assessment of Spector’s life without noting that on February 3, 2003 Lana Clarkson walked into Spector’s house alive, and left in a bodybag. And Lana Clarkson, too, had a full and remarkable life, and we note this with our hearts, even if we do not note it with the volumes of words that accompany Spector’s passing.

Phil Spector’s teenage symphony to himself could not drown out the demons that led to murder, or the headlines that will define how he is remembered.