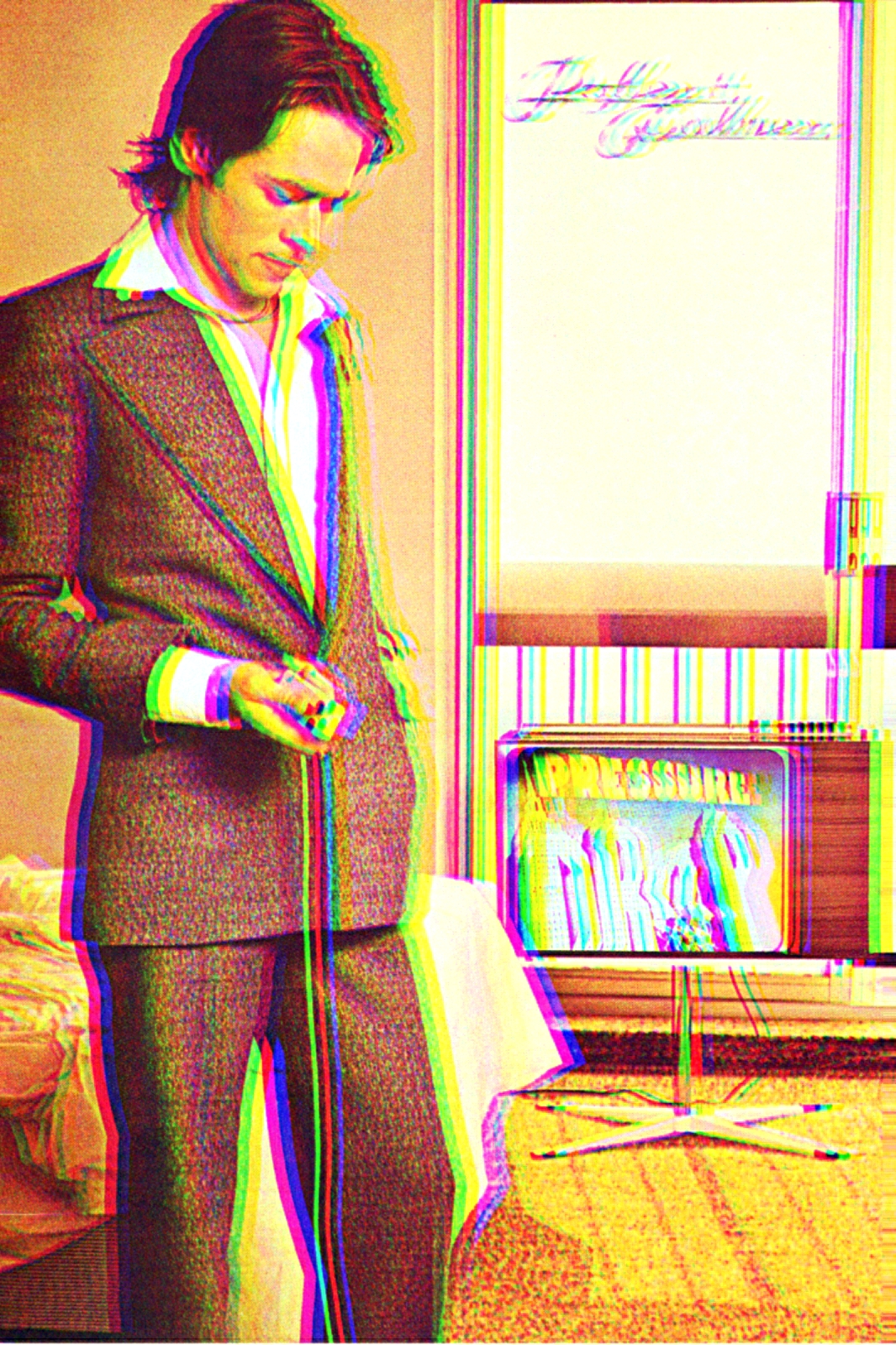 I have a fondness for contrarians and musical explorers. And Robert Palmer, who suffered a heart attack and died 17 years ago Sept. 26 at 54, was all that and more.

“I love good wine,” he told me when we spoke back in 1986. “I love good food. I like good tailoring, and I like to be able to pick and choose my company. But if that adds up to some crass image that was a total opposite of me . . . totally at odds with where I was. It got right up my nose.”

Ah, yes. Those detractors. The man liked the cut of a good suit and became an MTV-era star that year with that famous “Addicted to Love” video, with the five sexy, black-clad, pale-skinned, red-lipped, lithe models miming instruments. They were stoic. Mannequins come to life.

Palmer’s naysayers called him a dilettante and a lounge lizard, a guy who was too versatile for his own good, someone who favored style over substance. The Los Angeles Times sneered that Palmer “made rock ‘n’ roll safe for guys who look like stockbrokers and . . . made an art of passivity.” The Toronto Globe and Mail called him “the Velour Fog.”

Palmer was unfazed by the criticism. “I can’t concern myself at all . . . with thinking, `Is it going to be hip?’ or `Are my musical friends going to like this?” he told me. “Hopefully, what I’m trying to do is communicate various emotions. . .. If you’re in a bandwagon thing, I’d rather be in real estate. I want to do something that turns me on and the players on, so that what you recorded is maybe something you haven’t heard before.”

Let me take you back to a concert I saw five years after that chat, a summer shed in the Boston market. Palmer, sporting an expensive Italian suit, took a break between songs and pondered the notion of bonding with the audience – you know, the way rock stars try to get on common ground with fans. “Jah Rastafari?!” he asked, shrugging and making a face. No, probably not going to do any reggae – not right then. “Are you ready to rock?!” he asked. That got a response. “Well, we aren’t.” Palmer said as he his backing octet slid into a soft, syncopated, sedate number.

Later, after several more genre switches, Mr. Palmer said, “Sorry I’m like this; what can I say?”

They would rock, later, of course. “Early in the Morning,” “Light Years,” “Clues,” “Bad Case of Loving You,” “Simply Irresistible” and “Addicted to Love” were packed into the latter part of the set. It was rather like the grand finale at a fireworks display, after an exquisite tease early on. And it worked just as well.

A semi-reggae version of Bob Dylan’s “I’ll Be Your Baby Tonight,” Otis Redding’s “Dreams to Remember,” “Sneakin’ Sally Through the Alley” and a spare, moody “Johnny and Mary” set the stage. Palmer clearly enjoyed the full-tilt burn, but he relished the slow-simmer, too. During the first part of the set, he’d segue one song into another, scrambling genres, keeping a flow, maintaining an optimistic, surging groove.

Finally, what impressed — after all the stylishness and sensuality — was Palmer’s appreciation for what his musicians do. Eddie Martinez was his usual standout self on guitar — tasteful and scorching. Percussionist Jose Rossy and drummer Dony Win carved out some sublime syncopated grooves. Palmer was not, foremost, just a singer — and it could be argued he was even lost somewhat in the mix — but that willingness to immerse himself, and us, in a rhythm or a melody is what you were left with.

So: These were some of Palmer’s favorite things: electronica, bossa nova, heavy metal, 1940s-style ballads, slinky R&B and funk, reggae, punk, avant-garde minimalism, calypso, African polyrhythms, and mainstream pop. He covered, among others, songs by Bob Dylan, Gary Numan, Marvin Gaye, Otis Redding, Devo, Husker Du, ZZ Top, and Keb’ Mo. The album he was then touring behind album was Drive, which was a spare, blues-based CD.

That’s the only game Palmer knew or played. He crooned, he roared; he bossa nova-d, he heavy metalized. He was — how to say this? — a little bit Harry Connick Jr., a little bit Marvin Gaye, a little bit Motorhead.

And, of course, he’s always the guy who just walked off the cover of GQ. (He did appear on the magazine’s cover once and later called it “a silly gig.”) But also like another GQ cover boy, Bryan Ferry, he enjoyed working hard in that suit, singing, sweating, and giving off an aura of sophisticated sensuality.

In England in the late ‘60s, Palmer sang with the bands Alan Bown Set and Dada, and began to make his mark with Vinegar Joe before going solo. It was there, in the mid- ‘70s, where his profile blossomed, making Sneakin’ Sally Through the Alley, Pressure Drop and Some People Can Do What They Like, albums steeped in the funk and R&B sounds of the American South, collaborating with the guys in Little Feat.

But Palmer was too restless, too curious to stick to any particular musical genre. Reggae would enter his world, as would raw rock ‘n’ roll and synthesizer-based electronic music. What linked most everything was the groove: The groove was paramount.

“I don’t have any fear of success, and I don’t have any fear of failure,” he told me. “But if there’s some aspect of me that’s being focused on, I tend to do the opposite just to trash it. . . . It’s not as if I’m trying to `trick’ people into enjoying different styles. There are aural prejudices I don’t have. I’m a singer. Things keep changing. There are no rules to making music. Once you figure there are rules, then that’s the end of it. It’s no fun anymore.”

To wit, in 1984, he temporarily shifted course to form a supergroup, Power Station, with the two guys from Duran Duran and two guys from Chic. A solo star forming a group? Unheard of! (David Bowie did the same four years later with Tin Machine.) Power Station played hard rock and funk and scored with “Communication” and T. Rex’s “Bang a Gong (Get It On).”

I’ll leave you the story of how “Addicted to Love” came to be. Palmer told me he woken up in the middle of the night with a melody in his head. He sang it into the tape recorder by the side of his bed and went back to sleep. Most of the time, he said, “it’ll just be mumbling in the middle of the night. But I played it back, and I knew I caught it. I had the melody, the tempo, and the descending chord changes. Then it was just a matter of filling in the dots, and I already had the lyric laying around.”

And so, a hit song was born. I bet that melody is in your head right now.

3 thoughts on “Remembering Robert Palmer: A Man Who Loved Wine, Women and Tailoring”