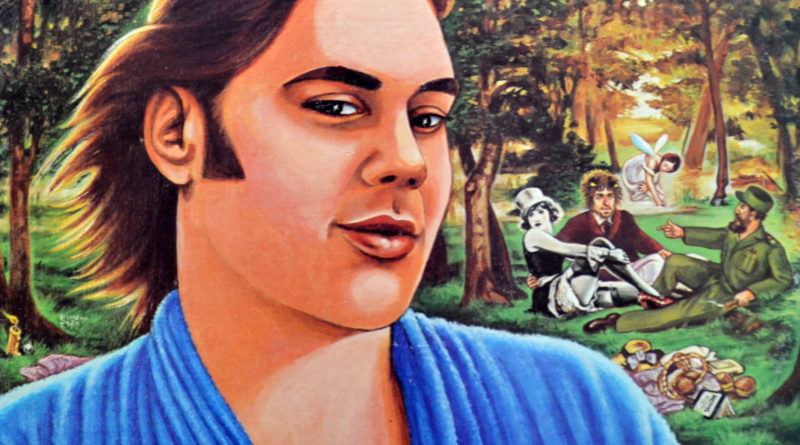 The Little Feat frontman died too young on June 29, 1979; listen to his final shows

It was on this day, 40 years ago, it was a lethal combination of cocaine and pizza that was said to cause the heart attack that killed Lowell George.

He was only 34 years old, his career full of promise as the Little Feat frontman was embarking upon a solo career with an excellent debut LP in Thanks I’ll Eat It Here, kicking off a tour on June 15th and would play dates for much of the month until he was found dead after going into cardiac arrest in his Arlington, Virginia, hotel room at the Twin Bridges Marriott.

According to an interview in the book The Little Feat Saga, Little Feat bassist Fred Tackett, who also played on Thanks I’ll Eat It Here, indeed claims George’s massive caloric intake was also a major catalyst for his passing as well.

“We were driving down the New Jersey Turnpike in this bus and we stopped at this pizza joint off the highway,” Tackett explains. “Everybody in the band shared a cheese pizza but Lowell bought a large pizza with everything on it, carried it to the back of the bus, and he ate the entire pizza by himself. He died two or three days later. So, when people ask me, ‘What really killed Lowell?’ I say, ‘It was a pizza on the New Jersey Turnpike.'”

Its bittersweet to consider how a Lowell solo career would have panned out in the 1980s following the success of Thanks and that indelible Boz Scaggs/Gerry Rafferty vibe it imbues.

The album is a creamy blend of jazz, country, folk, mariachi band music and Little Feat funk, backed up by an s e studio band featuring Bonnie Raitt on guitar, Nicky Hopkins on keys and the mighty Jim Keltner on drums. The soulful sweetness of songs like “What Do You Want The Girl To Do,” “I Can’t Stand The Rain,” and the lovely ballad “20 Million Things To Do” focused on the brilliance of Lowell the songwriter more than anything else he’d done since “Willin’.” It was a sophistication that promised a more viable side of Lowell George that could have very well seen the former Frank Zappa protege serve as a foil to the success of such Reagan-era American rockers as Bruce Hornsby, Tom Petty and John Mellencamp.

Lucky for us his incredibly talented daughter Inara, as one half of The Bird & The Bee with award-winning producer Greg Kurstin, keeps the kinetics of the George Family genius alive and well in 2019 as they prepare the release of their next LP, a collection of radically reimagined songs by Van Halen. A band, mind you, who once shared a producer (Ted Templeton) and engineer (Peggy McCreary) between them in the 70s.

Amazingly, a good amount of the handful of shows he played before his death are available on YouTube, sourced from Little Feat’s elite SEAL team of bootleggers, a following arguably on par with the Dead and the Allmans. And as we acknowledge this sad anniversary, let’s dig into some of these final shows from George’s last two weeks that will surely showcase why Bonnie Raitt called her old friend the “Thelonious Monk of Rock & Roll.”

10 thoughts on “The Last Days of Lowell George”