With balmy weather and food trucks on Red River Street, Austin, Texas has come back to life.

Once more, South by Southwest 2022 had resumed live shows and panels, after 2021’s virtual festival and 2020’s canceled festival. A festival-goer can expect to get a whole lot of walking done at SXSW, and this author was happy to go traipsing around the city, checking out interesting artists, showcases, and panels. And then, of course, there are the food trucks.

Here are a series of interview with some of the artists who performed. It’s one of the  most fun parts of the festival for me. Whether they’re alternative-rock legends, musical collectives, or musicians from marginalized groups, all are passionate about their music. At South by Southwest, the music, is what ultimately matters.

In the 1980s, the Dream Syndicate became one of the most celebrated bands of LA’s “Paisley Underground.” The band reunited a decade ago, and at this year’s South by Southwest, they were firing on all cylinders. Most notably, the Dream Syndicate celebrated the fortieth anniversary of their debut album, The Days of Wine and Roses, by performing it in its entirety. Frontman Steve Wynn sat for an interview after a Friday afternoon show at The White Horse in Austin.

Grey DeLisle is a very, very busy woman. As one of animation’s most in-demand voice actresses, she’s continued to work despite the pandemic. She has a forthcoming album from Regional Records, and she also just dropped a children’s album in February. This author met DeLisle for a delightful interview at the elegant Stephen F. Austin/Royal Sonseta hotel, where she talked about how her musical career dovetails with her voice acting, her new projects, and discovering the benefits of Zoom.

Kristin Hersh is a rock and roll iconoclast. Her journey as a singer, songwriter, and guitarist has taken her from fronting Throwing Muses to haunting solo work to, more recently, the band 50FootWave. Hersh has also written three memoirs; the most recent is Seeing Sideways: A Memoir of Music and Motherhood (she has four children). This interview was done by phone as Hersh talked about forging her own musical path away from the music industry.

Blues legend, virtuoso guitarist, and . . . doctoral candidate? Yes, it’s true! The veteran blueswoman is pursuing her Ph.D. in  musicology on the subject of women guitarists. Not only that, she also just released a new album, Pinky’s Blues. Foley talked about blues as an art form, especially for female artists, her love of Memphis Minnie, her Ph.D. work, and musical friends like Billy Gibbons and Jimmy Vaughan.

Cindy Emch of Secret Emchy Society is a standard bearer for queer country artists. As Emch will tell you, it’s nothing new: Lavender Country were the first openly gay country act back the early 1970s. Country music, despite its conservative image, has a progressive side, and it’s always been music by outsiders. Emch talks here about her own musical career and the presence of queer country artists and fans.

Texas’s horrible state government can’t stop Houston jazz collective Free Radicals. Founded in 1996, Free Radicals mixes radical music and politics in a way that would do Emma Goldman proud. Their most recent album is White Power Outage, Vol. 2, and they’re not afraid to take on the Biden administration either (see “Bipartisan Baby Jail” for proof). Karina Nistal explains the history and role of the group and gives her thoughts on Texas’ political scene. 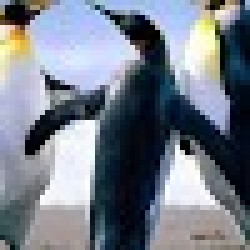