In the mid-1980s, when I came to Austin as a University of Texas graduate student, Ed Ward was already a legend.

He was a local institution as music critic at the Austin American-Statesman, but he also had as impressive a pedigree as any scribe in the rock-write game – Rolling Stone, CREEM and Crawdaddy, the publications where it was basically invented.

Ed had a gruff, cantankerous exterior that could be off-putting and even intimidating. But all you really had to do was not get scared off by that, and he’d welcome you into his very interesting world. And so I became one of many younger writers who looked to him as mentor.

His musical knowledge and opinions were extraordinarily well-thought-out and expressed, and if you were going to argue with him, you’d better by God have your own thoughts together as well. I interviewed him for my UT master’s thesis, about the Armadillo World Headquarters (a legendary performance venue that had been the birthplace of ’70s progressive country), and he was unfailingly generous with his time and knowledge. It was like having an extra teacher, only the classroom was local clubs around town.

Not that he was limited to just music, you understand. Ed could write elegantly about pretty much anything, music and food especially, setting a standard that seemed impossible for us lesser mortals to match. But that didn’t stop him from treating a lot of us upstarts as equals before we deserved it. Being taken seriously by Ed Ward was a landmark, and a thrill.

After I graduated and moved away, I kept reading Ed. His books were hugely influential, written from a perspective encompassing close-up details and larger thematic arcs, and a just-right balance between them. His writing voice, always bell-clear and never overtly show-offy, was something I still envy. And he was brilliant on the radio, too, serving as music historian on the National Public Radio show Fresh Air.

As for in-person encounters, I’d mostly see Ed at South By Southwest, the big music festival in Austin. He worked for the festival for a number of years, coming back after he took up residence overseas. I remember him serving as a backstage coordinator while wearing this paramilitary getup, which was very, very funny if you knew him. People who didn’t know him would get a little wide-eyed at the sight of this guy in uniform aggressively ordering everyone around. If they’d only known.

When I got to the stage of writing books myself, I went to Ed more than once seeking fact-checking, advice and vetting, most recently for my book about North Carolina music history. Ed’s two-volume History of Rock & Roll had been an invaluable resource, and I had him read my chapter about the pioneering 1950s R&B group The “5” Royales (who he’d written about in 1979’s Stranded: Rock and Roll for a Desert Island, edited by Greil Marcus). Of course he saved me from some bonehead mistakes, God bless him, and I have him listed in the Acknowledgements among my book’s Spirit Guides.

Ed being Ed, our e-mail exchange included some choice gossip about an assignment gone bad and a warning to avoid the perpetrator. Good advice, as always. And now comes word that he has passed at age 72.

As long as people still read, write and talk about music, however, his influence is never going away. 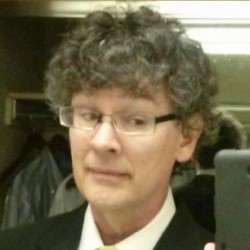