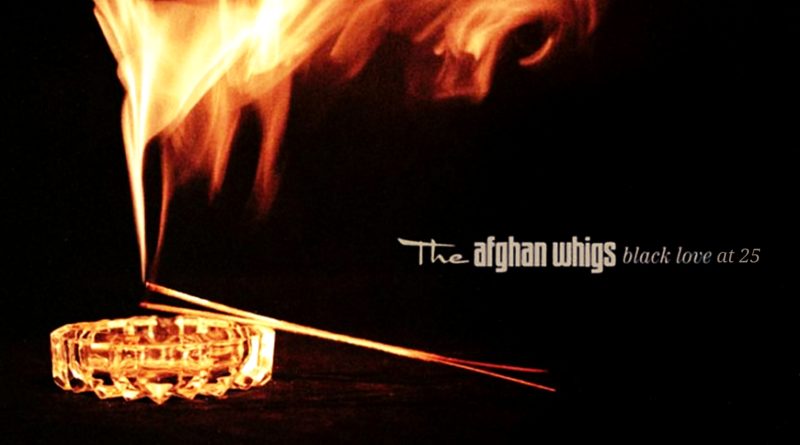 Twenty-or-so years ago, a friend of mine had the idea that you could determine which stage of a bad break-up someone was in by which Afghan Whigs album they bumping.

If the person was playing Congregation then they must be freshly wounded and inconsolably angry (see “Conjure Me”). If Gentlemen was the soundtrack that meant they were seething with self-recrimination. If Black Love was on the stereo, they were broken down but ready to be built back up again. If they were just listening to 1965, they were through it and doing all right.

The Afghan Whigs’ back catalog can be a precarious place to return to for this reason. The feelings that the songs of their mid-’90s heyday spoke to when you needed them the most are often not the kind of feelings that you want to voluntarily visit again. Gentlemen and Black Love burrowed into minds racked with romantic angst and made extreme passions relatable and hummable. Sometimes weaning off of them was complicated, the dynamic not a far cry from a crucial line in Gentlemen’s “When We Two Parted”: “If I inflict the pain/Then baby only I can comfort you.”

Then came 1965. So why did the Afghan Whigs significantly lighten up after Black Love? Was it because their 1996 opus had dug deep and finally expunged all of the demons of guilt and ghosts of dead relationships? “Why is this record less bleak lyrically?” Rolling Stone asked frontman Greg Dulli about 1965 at the end of 1998. “Because I was treated for clinical depression last year,” Dulli said, going on to explain how he now needed to leave behind certain songs like “My Enemy” and “Be Sweet.” “The emotions those songs conjure up aren’t worth my mental well-being.”

Dulli’s answer was straightforward and believable, but what did it say about all the dependent fans out there? These records were more than fuel for psychogenic fire. The late great British music journalist Dele Fadele offered this clairvoyant insight in a live review of the band back in 1993: “The only obstacle facing Afghan Whigs is that they’re sometimes over-wrought and sometimes press the over-emotional lever. Life isn’t so bleak that anyone should reach the depths of misery ploughed in ‘When We Two Are Parted’ [sic] and still be travelling the world in a rock band, but then, modern medicine can work miracles.”

Fadele also remarked on Dulli’s “eye for painful detail,” and how he “deals in big questions and widescreen images whilst mapping out love’s little peaks and troughs….” Perhaps he knew of Dulli’s cinematic ambitions, famously written into the Afghan Whigs’ contract with Elektra Records when the Cincinnati gang moved on from their curious but fruitful pairing with Seattle’s Sub Pop. Black Love, the band’s fifth album and second for Elektra, is the closest the Whigs came to making their movie. The eleven-song cycle stretched Dulli’s dramatic range and showcased the rest of the band’s stylistic dexterity. Bigger but also more honed than its breakthrough predecessor, Black Love burns its place among the best rock records of its decade like a cigarette drunkenly stubbed out on a couch.

Gentlemen captured the physicality of heartbreak, the actual aches and pains, from the twitching-leg riffs of the title track to the low-bending discord that mimics a sinking feeling in the pit of one’s stomach at the start of “When We Two Parted.” Black Love took a step back to take it all in with a touch of critical distance. The opening minute of “Crime Scene Part One” also illustrates how visually the Whigs were thinking: a deep synth wobble, a church-solemn organ and a distant train grinding along the tracks at night. Then that rattling A# steps out of the darkness, the bass lurches around it, and the sense of expectation intensifies.

“Crime Scene Part One” has all the upward thrust of a heroic post-rock track, except that its hero is a scoundrel who can’t decide if it’s time to come clean. “A lie/The truth/Which one should I use?” Dulli openly contemplates. This is a quandry he circles to a few songs later on “Blame, Etc.,” though by then it’s not clear if he’s any closer to an answer. Through this repetition the line offers itself up as one of Black Love’s key themes, but it must be noted that Dulli had also pulled the same exact trick on Gentlemen, with shared lyrics between its first and fourth tracks, “If I Were Going” and “Debonair.” A peculiar motif for sure, but Dulli had his tics, like tossing a “baby” in every song.

VIDEO: Afghan Whigs at the Fillmore May 1996

There’s a part of Black Love that wants to linger in an air of noir mystery which runs headlong into Dulli’s penchant for laying everything out on the table. “Crime Scene Part One” can only hold back for three minutes before it explodes in black and white: “Do you think I’m beautiful?/Or do you think I’m evil?” The questions are hurled at the mirror and reflected back in echoes, ‘…beautiful…evil,’ surely a little of both. The song is laced with the promise of reform, or at least the possibility of it, which makes it a relatively hopeful opening salvo by the Whigs’ standards. That will have to wait, however, as stories need conflict.

The tension intensifies with whispers of murder and shouts of betrayal in “My Enemy,” and simmers in the sinister dishevelment of “Double Day.” Delivery is Dulli’s forte when he’s in the zone, and it’s the little lift of a knowing accentuation that sails what otherwise could have been a leaden line like “It was a Saturday/I came home early/Drunk with love/And other things.” Three songs in some kind of reprieve is already needed, but there are too many demons to wrestle with and only so much time, so guitarist Rick McCollum breaks out the wah pedal as bassist John Curley and drummer Paul Buchignani drive the aggressive funk on “Blame, Etc.” Howling his etcetera list, “Blame/Deny/Betray/Divide,” Dulli’s earlier crime scene debate comes to a heated warning, “Beware of who you trust in this world/Beware the lies about to unfurl.”

Bringing some much-needed still air, the Whigs then take one of Black Love’s Stones-ier turns with “Step Into the Light.” “Just give me the word/And I will begin/Step into the light, baby/And see the trouble I’m in,” Dulli pleads with disarming earnestness, calling for wild horses to drag him back after they’ve all gone out to pasture. The villainous front and threats of deception that have pushed Black Love so far suddenly cave in, and only the lonely truth is left standing.

The high drama kicks back up, but from this point on the theatrics come cut with traces of levity. “Going to Town” dresses up Bonnie and Clyde as dapper arsonists and sets them swinging to “Superstition”-style clavinet. The pair know what’s coming and don’t care, sealing it with a kiss-off, “When you say/Now we got hell to pay/Don’t worry, baby, that’s okay/I know the boss.” “Honky’s Ladder” makes a searing ascent but again there’s a narrative remove, the revenge having nothing to do with romance for a change.

Black Love’s other quiet breakdown, “Night by Candlelight,” is its second major turning point. In duet with the late Shawn Smith, Dulli comes to the realization that, “There will be reckoning,” as poignant strings stir him, “In all honesty.” Can the lesson here really be as simple as that the truth shall set you free? “Bulletproof” is resistant to the reckoning, insisting that, “To tell the truth/To tell it well/It all depends upon the liar,” but then “Summer’s Kiss” soars in and it’s time to grab your fur coat and, “Demons, be gone.”

Then along comes “Faded,” stretching out into eight showstopping minutes, “You Can’t Always Get What You Want” by way of soul balladeering. Dulli’s voice is left ragged but not drained, and it’s clear that the anti-hero wants honesty, even if delivering it is a thornier matter. Guitars wail and drums pound to a climax, and then the train briefly passes by again as the screen goes black.

Some read the scale and surface of Black Love to mean it was the Whigs’ heaviest yet, while others, like Billboard, saw that, “‘Black Love’ mines a romanticism slightly less tortured than that of ‘Gentlemen’….” Certainly it was pulling in two directions at once, but the path toward relief was starting to win out, as evidenced by what came next on 1965. Musically, the Whigs’ joining of alt-rock in an “uncanny union with ‘60s and ‘70s R&B,” as Spin put it in their review, which at the time felt borderline revolutionary, doesn’t stand out in the way it once did. What remains startling is how they crossed what music critic Greg Kot described at the time as, “…the terrain of a wounded heart, a morally ambivalent soul and a madly churning mind.”

Black Love is not always an easy record to come back to for this reason, but returning to those desperate emotions can bring a renewed redemption if you’re able to bear it.