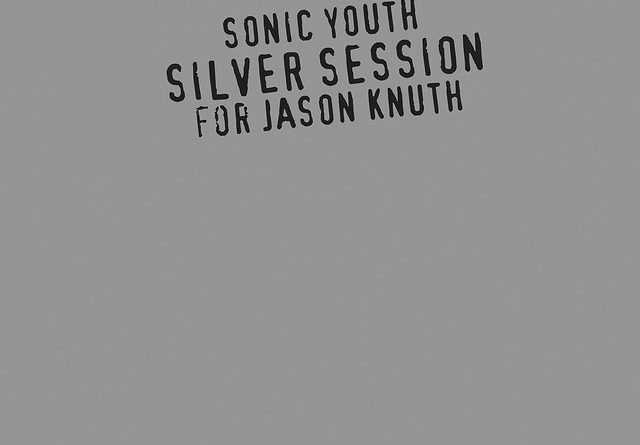 Sonic Youth had been gone for a good, long while – long enough for alternative nation to crumble, long enough for pop to rebound in the public imagination, long enough for the band to be lampooned on The Simpsons while investing that sweet, sweet Lollapalooza payout in a private NYC studio (Echo Canyon).

They’d conquered a mountain range they hadn’t quite known loomed before them. How could they encore? What could they do next? Washing Machine wound down with a 20-minute long psychedelic jam (“The Diamond Sea”) that stretched out to 26 minutes on the CD5, and sometimes even longer live. Sonic Youth were leaning away from text somewhat, and towards the ineffable and the undersaid. If wordlessness sounded a lot like sparkling showers of idiosyncratically tuned guitar and studio-shocked abstraction, why resist the urge to embrace it? If a lyric sheet consisted solely of Kim Gordon’s impressionistic yips and blurts, why not luxuriate in that? Why strain for literal meaning? Why not dine out on vibe alone?

Inaugurated in 1997, their self-released, freer-form Sonic Youth Records (SYR) series was a reasonable enough answer. If SYR1: Anagrama and SYR2: Slaapkamers met slagroom resembled glorified rehearsal session tapes, they offered a rare glimpse into the quartet’s creative process. Yet it was with the third entry, released in February 1998, that these largely instrumental records achieved a real significance. Producer and former Gastr Del Sol member Jim O’Rourke sat in for SYR3: Invito al ĉielo, a Sonic Youth record that is almost too diffuse and whorled to be an actual Sonic Youth record. Runed and crepuscular, this is not the no-fi Lower East Side sludge of Sonic Youth or Confusion is Sex, but decently-produced insanity that (largely) proceeds at a stately pace: hails of bent, electronic chirps, guitars that bleat like stoned trombones, wicked wavelength scrums, sickening atonal drones vast in scope and volume, a cold and bouncy vibraphone detour, and random in-the-pocket jazzbo drum clinics courtesy of Steve Shelley. Losing yourself in this odd, cinematic jaunt that nothing else in Sonic Youth’s discography can quite approximate – a meandering stroll through a metamorphosing foyer that never ends – is effortless.

A Thousand Leaves, the formal, major-label follow up to 1995’s Washing Machine, would arrive that May. A middle-aged riot, the record feels sober yet wild in a way that’s fairly contained. There’s an ongoing tug-of-war between Gordon’s louche yelped/mumbled rivulets, Lee Ranaldo’s contemplative tempests, and Thurston Moore’s bed-headed anthems that resolves in something mature, something balanced – though in the moment, Leaves felt decent, if staid. Time has revealed how carefully crafted and sequenced this record really is. “Wildflower Soul” incubates a potent mini-acid trip that renders the song’s framing verses irrelevant; “Hits of Sunshine” doubles the dose. But somehow slithering disruptions like “The Ineffable Me” and light-headed steppe ascensions like “Hoarfrost” never manage to upset the velocity – perhaps because the band has learned at last to truly pace itself, a secret that eluded them now and then with Washing Machine. In their fashion, Sonic Youth seem to have arrived at some measure of peace.

July found the band retreating into niche to the nth power. Dedicated to a diehard fan who committed suicide, Silver Session for Jason Knuth is pure, massaged noise, a condensed Metal Machine Music. As the story goes, guitars were leaned against speakers, speakers were cranked, “Record” was pressed; the half-hour result exists as eight edited movements. Their least-heard recording doubles as one of their very bests, a churning celebration of outre tunings and volume; its sole crime is that it isn’t anywhere nearly long enough. “Silver Flower” swirls, swoons, and clatters like a train advancing on distant tracks. “Silver Breeze” crosses high-frequency screeches with what sounds like an active, hiccuping Maytag washer; “Silver Son” humps a locked groove hard enough to leave a mark or three. Other triumphs would follow, of course – 9/11 requiem Murray Street, from 2002, 2006’s fierce, spare Rather Ripped, stellar 2011 film soundtrack Simon Werner a disparu – but never again in such a short, concentrated period.