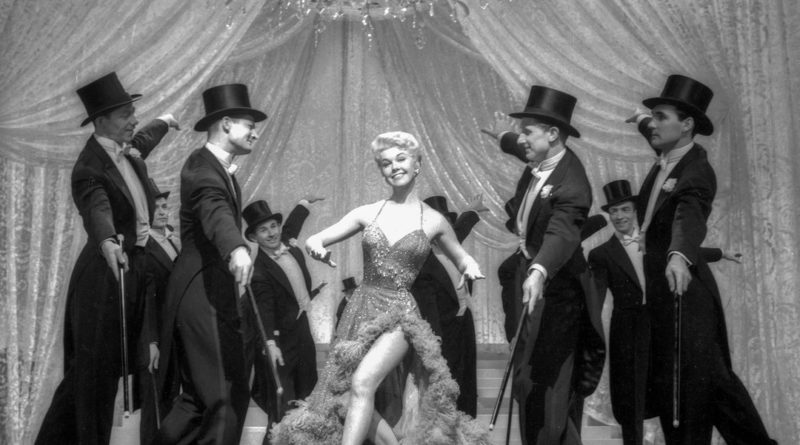 The press liked to peg her as perpetually chaste, but there was a sly sensuality to the beloved actress the cool people picked up on in her films

The obituary headline writers just couldn’t help themselves. They trotted out all the Doris Day clichés: “perpetually chaste,” one of them said. Others recycled Oscar Levant’s joke, “I knew Doris Day before she was a virgin.”

That’s a tired way to sum up a career as distinguished and varied as hers, and it’s based on the flimsiest of premises. In the first two movies she made with Rock Hudson, Pillow Talk and Lover Come Back, she was a self-sufficient career woman (an interior designer in the earlier one, then an advertising executive) who spent most of the running time navigating the duplicitous sexual advances of Hudson, but were we really meant to assume that her characters were utterly without, as the euphemisms of the time (late ’50s–early ’60s) might put it, bedroom experience? She certainly comes across as smitten with Hudson in both cases, even though she’s falling for a faked persona (these movies were hinged on pretense-as-seduction). But let’s say that she’s unsullied in those particular movies, and in the unfortunate That Touch of Mink opposite Cary Grant. In the rest of her ’60s films, she’s a married woman: to Hudson in Send Me No Flowers, to James Garner in Move Over Darling and The Thrill of It All, to Rod Taylor in Do Not Disturb.

Move Over Darling, in fact, was originally going to be a vehicle for Marilyn Monroe and Dean Martin as Something’s Got to Give (based on the ’30s Cary Grant movie—that’s how long he’d been a comedic leading man—My Favorite Wife). When Monroe passed away, it was repurposed for Day, and although you can’t imagine her doing the kind of nude swimming pool scene that Monroe filmed when she had the role, she otherwise slips into Marilyn’s shoes (or lack of) quite convincingly. Doris Day may not have exactly been, as a sharp revisionist post-mortem by A.O. Scott in the New York Times put it, “a hip sex goddess disguised as the girl next door,” but he’s not that far off. Her voice, clear as a cloudless sky, could be purringly seductive. As she considers ridding Hudson of his (ha!) sexual inhibitions—it’s too complicated to go into—in Lover Come Back, she sings (or her inner thoughts do) “Should I Surrender.”

Day was a huge pop singing star in the ’50s, with hits like ‘Secret Love” “Que Sera Sera,” and “Everybody Loves a Lover.” One not-so-big single was the theme from Teacher’s Pet, a movie that is sort of a prelude to the Doris-Rock movies, where Clark Gable pretends to be a journalism student…oh, more identity-shenanigans. The point is, in the song Day (who is the teacher in the film, but student in the song) is more than eager to engage in extracurricular activities: “I wanna be huddled and cuddled as close as him as I can get,” she sings, asking for some homework. After 1958, Day’s singles on Columbia failed to make the charts (only “Lover Come Back” scraped the top 100), but it’s a shame that her recordings of the ’60s are so overlooked. There is some wonderful stuff in that catalog, a duet album of standards with pianist Andre Previn; a Bossa Nova–influenced LP Latin for Lovers, with her flirtatious version of “Perhaps, Perhaps, Perhaps”; a contemporary-pop set, Love Him, produced by her son, Terry Melcher, with a title song by Barry Mann and Cynthia Weil (the Walker Brothers later flipped the gender for their version), Elvis’s “Can’t Help Falling in Love,” and Willie Nelson’s “Night Life.”

Her best ’60s single was a Melcher production with an arrangement by Jack Nitzsche, the title song from Move Over, Darling that really hadn’t much to do with the film. It’s a slinky come-on, Day at her most alluring. “The way you sigh,” she confesses, “has me waving my conscience bye bye.” She’s too weak to fight, and doesn’t want to. There’s genuine yearning in this sexy adult-girl-group record. Maybe it was too sexy. Not for the U.K., though, where it was a top 10 single, and decades later was covered by Tracy Ullman in a very faithful take. Some people point to Day’s husband-manager as an obstacle to her having a thriving pop career in the ’60s. There is, somewhere in the vaults, a version of Hal David and Burt Bacharach’s theme from Send Me No Flowers, with a Nitzsche chart, that supposedly has a much more Spector-ish vibe than the released version (which is swell in its own way). And Day cut a couple of other Mann-Weil songs that were buried. “Let the Little Girl Limbo,” recorded in ’63, was an attempt by Columbia to do for her what “Blame It on the Bossa Nova” did for Eydie Gormé, but Marty Melcher allegedly vetoed it as being too suggestive (more than “Move Over Darling”?). And the delightfully girl-groupish “Oowee Baby” originally came out as a single only in England.

There were other singles, “Do Not Disturb” (another movie theme) and “Another Go Round” (by the team of Ben Raleigh and Mark Barkan, who’d had hits with Lesley Gore), but in the second half of the ’60s, the notion of “Doris Day” was shorthand for hopelessly square. (Consider how that might have turned around if she’d played Mrs. Robinson in The Graduate; Mike Nichols had toyed with the idea of casting her, but rumor is that the script never got off Marty Melcher’s desk.) The films she made from 1966 through 1968 were dismal, which was sad, because two of them, The Glass Bottom Boat (aka, The Spy in Lace Panties) and Caprice, were the penultimate movies directed by Frank Tashlin (The Girl Can’t Help It, Will Success Spoil Rock Hunter?). And the last music she made for Columbia in the decade went unheard until finally put out The Love Album in 1994 (it has a dreamy version of the oldie “Snuggled on Your Shoulder”).

When Doris Day died, it wasn’t her movies I turned to, not even her sizzling performance in Love Me or Leave Me–it was the records from the ’60s, the ones that were little more than teaser advertisements for her movies. “Lover Come Back” (again, no contextual relation to the film), where she’s tired of “crawling in bed with a real good book” and would like some company. “Send Me No Flowers”: “Come back to me and hold me in your arms again.” “Pillow Talk”: “Another night of bein’ alone with pillow talk/When it’s all said and done
two heads together can be better than one.” And “Move Over Darling.” “I’m all in a spin,” Doris sings, “about to give in.” Perpetually chaste? Hardly.