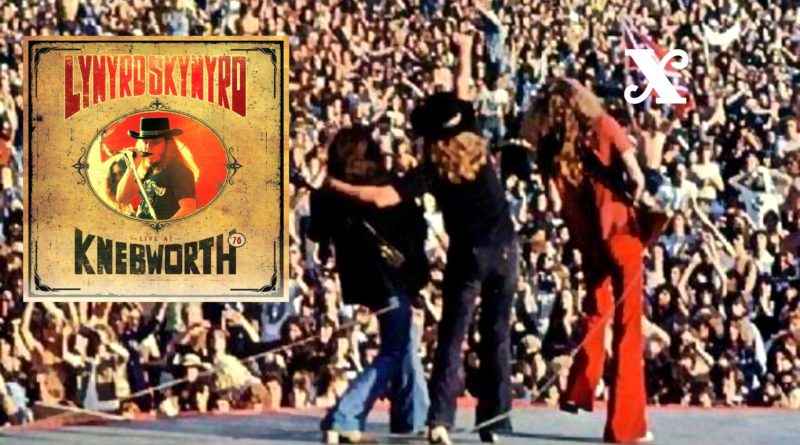 It’s Memorial Day 2021 and I’m in my office writing about Lynyrd Skynyrd.

This conundrum is at the very root of my incredibly mixed emotions about this band in the present tense. As I sit here on the cusp of 48, I was raised during a time when the Confederate Flag was handled with kid gloves in American pop culture. I mean, who didn’t think the General Lee was the coolest fucking car on earth when The Dukes of Hazzard was riding high in the Neilsen Ratings? I had those toys, for sure. And as a pro wrestling fan, seeing The Fabulous Freebirds with their faces adorned with warpaint in the likeness of the Stars and Bars when they faced The Road Warriors in 1985 was just so badass.

However, it took an episode of The Golden Girls spinoff The Golden Palace to show me just how much that flag still brought so much pain to my friends and family members of color. In the episode, Don Cheadle’s character reminds Rue McClanahan’s Blanche of the sordid history of the Confederate flag when she tried to hang it up for a party.

“This flag, Mrs. Devereaux, is not about college football games or quilting bees or fried chicken on Sunday. It’s about colleges that won’t let me in,” Cheadle explains in the episode. “It’s about companies that won’t hire me. It is about crosses being burnt front lawns today – not an evil past, Blanche, today. And not just in the South, all over. The North is just as bad…I’ve battled that flag all my life.”

Almost 28 years after that episode aired, we saw a mob of angry (and predominantly white) men and women storm the United States Capitol Building on January 6, 2021, in a failed effort to overturn the U.S. presidential election. Many people were brandishing Confederate flags during the riot. The image of one of the insurrectionists parading around the punchbowl with a giant stars and bars was something we never thought we’d ever see in our lifetimes. It was like one last gob of spit from the ghostly, fetid maw of Robert E. Lee raining down on American decency.

For the majority of their career as a band, the Confederate Flag has also served as the main symbol for Skynyrd, who utilized the imagery as part of their Southern bad boy image. Nothing the band ever said or did directly smacked of racism. And indeed their music was omnipresent within earshot of anyone with their local classic rock station on the radio dial, which garnered them a fanbase that existed beyond the color lines. Perhaps the most Ronnie Van Zant ever revealed about his political beliefs occurred on “Sweet Home Alabama,” when he admitted his indifference towards Watergate.

I stopped listening to Skynyrd’s music for the most part these days, mainly because when it comes to Southern Rock I would much rather listen to the Allman Brothers Band or The Kentucky Headhunters, to be quite honest. But also because I’m not 100 percent comfortable repping this band in 2021. Therein lies the dilemma.

I got this new live album from Skynyrd that was sent to me in the mail. Its a CD/Blu-ray collection containing the band’s legendary performance at the Knebworth Music Festival on August 21, 1976 while they were on tour in support of their latest studio LP Gimme Back My Bullets. This is the classic lineup, too, featuring Van Zant on lead vocals, guitarists Gary Rossington, Allen Collins and Steve Gaines, bassist Leon Wilkeson, drummer Artimus Pyle and keyboardist Billy Powell.

Many fans have certainly seen the film footage of the concert as part of the 1996 rock doc Freebird …The Movie, in which it was intercut with interviews and other material. But Live at Knebworth ’76 offers viewers the full concert experience for the first time in an official capacity.

Before a crowd of more than 150,000 people, Lynyrd Skynyrd delivered a set featuring several of their most famous songs, including “Sweet Home Alabama,” “Gimme Three Steps,” “Saturday Night Special” and “Workin’ For MCA”. And they just sound so on fire on this hot August afternoon in England, bringing the audience the purest essence of their foot-stomping, triple guitar boogie. There is no Confederate Flag flanking the band onstage on this date, though a few are spotted in the crowd. Who knows if these European fans are even aware of the heartbreak and pain that flag has caused so many people here in these United States.

But when you are in that moment, however, it’s impossible not to get swept up in the pure rush of Rossington, Collins and Gaines trading the greasiest licks as Ronnie Van Zant prowls the stage like a mountain lion waiting to pounce. Then they get to the iconic live version of “Freebird”, kicked off by Powell’s graceful piano rolls and Rossington’s electric bird chirps that always took the song to a new level. This Knebworth version lasts 14 minutes, and is just so divine. It takes you away from your mortal coil as you get lost in Ronnie’s wanderlust and the realities of moving on from a loved one. Then he tags into Collins at the seven-minute mark, where he peels off perhaps the most insane guitar solo of his career–cleaning up the floor with Page, Townshend, Iommi and Ronson all at once it seems as he just rips for over six minutes with Rossington joining in like a Southern Rock spin on KK Downing and Glenn Tipton’s tandem work in Judas Priest.

When you are in the moment of this whirlwind of pure energy that transpires during this rendition of “Freebird,” any foibles you may harbor of this American band and their association with the Confederate Flag disappears from your mind completely. You are powerless in resisting its energy.

Listen, there’s no need to feel bad about it. If you are a decent human being you didn’t get into Lynyrd Skynyrd because of their allegiance to that stupid rag and every evil, idiotic and ignorant theology it represents. Fuck the Confederate Flag. You got into them because of the way “Freebird” makes you feel in your heart. And if you can find a way to make some kind of momentary peace within yourself, Live at Knebworth ’76 is worth a listen.

However, if you recognize the slippery slope of being a Skynyrd fan in 2021 who is not a racist scumbag, it’s important to recognize the elephant in the room.

3 thoughts on “Why Listening To Lynyrd Skynyrd Twists My Innyrds”