Barboza is a small underground club in Seattle, underneath a larger street-level club, that began life as a storage space.

Now, it’s a long, narrow venue with a capacity of 200. Since 2012, it’s been the best place in town to catch rising stars, like Angel Olsen and Metz, who would soon graduate to bigger venues.

After avoiding shows all year due to the ongoing pandemic, I left the safety of my apartment to catch Charlotte Adigéry and Bolis Pupul (née Boris Zeebroek) in May. I wasn’t going to miss them, and I made the right choice, even though I had never even heard of the Belgian duo prior to January of this year.

In 2019, Adigéry and Pupul released the Zandoli EP, but I first crossed their path by way of the single “Ceci n’est pas un cliché,” i.e. “This Is Not a Cliché,” off their 2022 debut album, Topical Dancer (French title aside, most of the lyrics are in English). The song consists entirely of dance-music clichés, hoary old chestnuts, like “I throw my hands up in the air, and I wave ’em like I just don’t care” and “I’m down on my knees, begging you please.” It might sound as if they’re making fun of dance music, except they aren’t. Most every song on the album is incredibly danceable–“Ceci n’est pas un cliché” most of all.

I was hooked. No offense to “Bitchin’ Camaro” architects the Dead Milkmen, but this wasn’t a newfangled version of the Philly punks’ 2006 piss-take dance track, “Instant Club Hit (You’ll Dance to Anything”), in which they made fun of black-clad “Danceteria types” who’ll dance to anything by “stupid Europeans.”

The combination of producer Pupul’s stuttering, bass-driven groove and singer and co-writer Adigéry’s supple, inviting vocal creates an irresistible dance-floor filler that doesn’t take aim at an entire genre, but rather its laziest, least creative practitioners. And yet…it’s hard not to sing along with lines that most music lovers are likely to know by heart, not least because the assembled clichés–“let’s dance the night away,” “we’ll be cruising on the highway,” etc.–extend beyond dance into pop music of every kind.

Then, I watched the video for “Ceci n’est pas un cliché,” in which Adigéry, who is of Guadeloupean and French-Martinique ancestry, and Pupul, who is of Chinese descent, play the song while dressed as a 1930s-style cabaret act, the bass player with slicked-back hair and black suit and the singer in a blonde flapper wig and sequined evening gown. Style, energy, humor–these two seemed to have it all.

I was impressed by their other videos, too, particularly “Blenda,” and “Thank You,” which combine live action with animation and lo-fi post-production effects, but kept my expectations in check for their full-length debut; I’ve been burned too many times before by great singles followed by mediocre albums.

Fortunately, the apty-titled Topical Dancer does not disappoint. It’s a dance record to be sure, but it’s a lot of other things besides, depending on the song, since they combine electro-pop with funk-disco, neo-soul, punk/post-punk, and even industrial (they’re known to enjoy the occasional Throbbing Gristle track).

Some of the acts they bring to mind include Blondie, Art of Noise, French-German duo Stereo Total, and the Talking Heads, particularly on “Making Sense Stop,” a reference to the band’s 1984 concert film.

Throughout the 13 songs, Adigéry and Pupul, who wrote with assistance from Soulwax’s David and Stephen Dewaele, take on racism, colonialism, xenophobia, sexism and objectification with wit and grace–while handily keeping finger-wagging at bay (in Belgium, Pupul’s father, Luc Zeebroek, aka Kamagurka, is a well-known absurdist cartoonist). If anything, “Ceci n’est pas un cliché” operates like a Trojan Horse, assuming it’s the first song you hear, since most other tracks tackle more difficult topics.

Though pop songs about racism are hardly a new phenomenon, the duo puts their own unique spin on things. In that sense, they remind me of Sly & the Family Stone, who could start a party with songs, like “Stand!” and “Everyday People,” while putting a powerful message across. Instead of generalizations and clichés, Adigéry-Pupul’s antiracism numbers tend to focus on the ignorant micro-aggressions that result from a lack of understanding or empathy about people different from the speaker in some way.

VIDEO: Charlotte Adigéry and Bolis Pupul “It Hit Me”

The clearest example arrives with “Esperanto,” on which Adigéry offers humorous alternatives to “othering” inquiries and statements, like “But where are you really from?”, “I don’t see color,” and “You speak my language surprisingly well.” One suggested response, “Do you speak Esperanto?”

At the Barboza show, they opened with “Blenda,” which features the offensive admonishment, “Go back to your country where you belong.” (Adigéry and Pupul are both Belgium-born.) The multiracial crowd sang along with every word, a bizarre experience, not because I can imagine anyone thinking that’s a nice thing to say, but because it seemed odd to yell it out loud in unison, even in a role-playing situation.

Whatever the lyric, though, Adigéry, clad in a black velvet dress and red heels, didn’t just make eye contact with the crowd; she would single out certain people with whom to virtually duet. She and Pupul, clad in a black shirt and butter-yellow suit, even left the low-slung stage at times to sing, to dance, and to play–Pupul on guitar–among the throng. The message was clear: we’re one of you and you’re one of us.

It may sound hokey, but their inclusivity feels warm and welcoming in person. Though I wish them well in their career, I almost don’t want them to get too big, so that they can continue to mingle with fans in such an intimate way. In September, they open for Grace Jones at the Hollywood Bowl, and I don’t doubt that they’ll win hundreds of new fans, but I’m grateful I got to experience the up-close-and-personal iteration.

On the black-and-white cover of their first album, the two appear to be one body connected by extra-long limbs. Adigéry, at the time, was visibly pregnant. It’s a startling image that also appears on t-shirts and other promotional items. For months, I assumed they were a couple, except they aren’t. When DJ Larry Mizell Jr. interviewed them on Seattle station KEXP in May, he asked them how they met, and they explained that they both record at Soulwax’s Ghent studio (and label) Deewee. As Pupul put it, the studio operated like “Musical Tinder,” explaining, “It’s like finding your soul mate, but not on a romantic level.”

Responded Adigéry: “I’m so thankful for Bolis in my life! We speak the same language musically.”

It’s also a family affair, since Adigéry’s mother, Christiane, sings on “Ich Mwen”, i.e. “My Child,” a French and Creole-language duet about motherhood between a new mother and a more experienced one.

Though a lightness of touch characterizes the entire album, the mere mention of “ism” terms, like racism, probably makes it sound unavoidably heavy. A few tracks, like “Ceci n’est pas un cliché” and “HAHA,” however, don’t fit that mold. The minute I heard the latter, I was reminded of Amalia Mallard’s Laughing Archive, an online repository of “joy and laughter in recorded music.”

Though Mallard, an adjunct professor at Hudson County Community College, hasn’t added “HAHA” to her 1,395-track archive yet, she really should: it consists primarily of laughing. Granted, that doesn’t mean it’s message-free. As Mallard wrote, when she presented a paper on the subject at Seattle’s 2018 Pop Conference, “Laughter in recorded music reveals how women have attempted to circumvent patriarchy, point out false truths, create space for unhindered expression, and to reconcile a divided mind.”

If anything, it’s more proof that Charlotte Adigéry and Bolis Pupul, the two restlessly creative souls behind Topical Dancer, one of this year’s finest and most original albums, can’t help investing their fun with meaning–and their meaning with fun–even when they’re just goofing around in the studio. 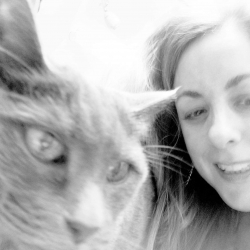