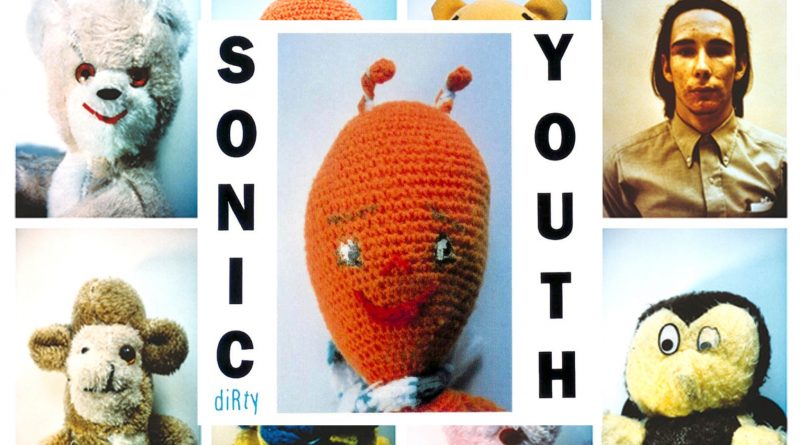 It might not be their best record, but remains a sentimental fan favorite all these years later

It’s easy to forget this today (or to have been slightly too old or young for it to have registered at the time) but for a certain adolescent audience in early 1990s America, Kurt Cobain’s taste in music really mattered.

If the Nirvana frontman wore a band t-shirt on a magazine cover or tossed out an artist’s name in an interview – Shonen Knife, Beat Happening, Flipper, Boredoms, Daniel Johnston – a fan sat up a little straighter, made a mental note or three, and eventually parted with some or all of a part-time job paycheck or allowance installment.

If most record store racks sported “Sonic Youth” sections by that era, the NYC quartet’s catalog was already so deep as to seem imposing or even impenetrable, inaccessible even — a jumble of plastic, colors, drawings, photographs, implications, and referents that might as well have been transmitted from a different planet or dimension. Too much.

My disposable income in the autumn of 1992 was primarily subsidizing an increasingly craven comic book industry that was cruising, gimmick- and profit-drunk, towards financial ruin. It’s amusing to realize, in retrospect, that Cobain’s imprimatur alone wasn’t quite enough to sell me on Kim, Steve, Thurston and Lee. It took a two-page advertisement for a Columbia House or BMG “penny for 12 tapes”-esque deal in a comic book – don’t ask me which comic book – featuring a small, grainy photograph of Sonic Youth, smiling up and out of the fold at me, promoting Dirty, which had been released a few months earlier. Kim Gordon wore a winter hat; the guys did not. Shouldn’t they all have been wearing hats?

They seemed too genial and well-adjusted and middle-aged to make music Nirvana would rave about. None if it made any sense. The record store was around the corner from the comic book store in the mall across the street from my high school; examining the (marked down) tape, it seemed irredeemably dumb to have a stuffed animal on the cover, and that stuffed animal sure didn’t look like it needed a bath.

The winter hat, the mein, the stuffed animal: what? I bought the tape, stuck it in my knockoff Walkman, and played it on the bus ride home.

The Sonic Youth of Dirty was loud, bratty, self-indulgent, and arguably even more teenage than I was at the time. This was barbed, sprawling rock ‘n’ roll, music that was angry in a way that was new to pre-punk rock me. These three (!) singers weren’t tunneling inward to depression or indifference, or making bubblegum merry; they were coolly confronting and staring down the outside world with a political intensity, calling bullshit on attitudes and movements that Bloom County and Doonesbury were merely rolling their eyes at, when they weren’t sketching vivid emotional character studies like “Theresa’s Sound World” or “JC” or “Wish Fulfillment.” (Nirvana had a punk ethos, but they weren’t railing against Jesse Helms and Clarence Thomas in verse.) Guitars ground deep into the red on sneering “Youth Against Facism” and “Chapel Hill.”

Each song was its own whorling world, ruled by lashing Thurtson Moore (especially on the caustic lead single “100%”) or earnest Lee Randalo or sarcastic Kim Gordon, with drummer Steve Shelley keeping everyone in check. And it wasn’t until many years later – long after I’d explored the band’s less conventionally anthemic beginnings, caught them live a few times, and grown older as they themselves grayed, stooped, diversified, ultimately splintered – that I realized why Gordon was the one wearing the winter cap. Dirty was her album if it was anyone’s. On the caustic, scabrous “Drunken Butterfly” and the blisteringly spare “Creme Brulee” she crsytalized fierce species of feminine desire; with “On the Strip” and “JC” she personified suburban angst and aimlessness. The puerile “Orange Rolls, Angel’s Spit” was less sung than snarled, an incoherent warning from a force of nature overflowing with raw, roiling feeling.

“Swimsuit Issue” told sexual exploiters and abusers to fuck off in no uncertain terms, her fury flaming hard enough that it descended into a smoldering, slurred role call of girls’ names. (A few years later, as a member of Free Kitten, Gordon would consider the same concept from a less sympathetic, more sarcastic perspective on “Call Back”.)

Dirty was ostensibly written to be ferocious enough that Dinosaur Jr. and Nirvana couldn’t blow Sonic Youth off the stage when the three bands toured together. It isn’t their best record by any measure, but I wouldn’t trade it for the world.

One thought on “All You Men Are Slime: Sonic Youth’s Dirty at 30”