As a listening experience, the British group’s audio/visual opus is ho-hum; as a film, it’s an indispensable document of pop culture

Depeche Mode owes a debt of gratitude to filmmaker D. A. Pennebaker.

In the wake of Rhino releasing a deluxe, boxed upgrade of the dual 1989 film and live album, Depeche Mode 101, it’s never been truer: as a listening experience, 101 is ho-hum. But as a film, it’s an indispensable document of pop culture.

Pennebaker (Don’t Look Back, Ziggy Stardust and the Spiders From Mars) and co-directors Chris Hegedus and David Dawkins couldn’t have known what they’d stumbled onto. As the decade was coming to a close, the band had initially wanted to make a film that demonstrated how it’d fit into the 1980s. The directors dismissed this idea, but their finished product definitely speaks to it, especially with 30-plus years of perspective.

Depicting elements of Depeche Mode’s Music for the Masses tour, 101 provides the band’s final snapshot before excess began swallowing them—the last glimmer of ‘that which came before.’ By this point, their stateside popularity had elevated to the level of an arena-filling act, particularly in areas of the country where there was a strong alternative radio presence. New York’s WLIR and KROQ in Los Angeles had both played a huge part in building DM’s profile at a time when commercial radio could still make or break musical artists. Pennebaker and Co. made simple work of demonstrating this final push toward mass consciousness, interspersing clips of the behind-the-scenes folks promoting the tour’s last leg between the performance segments.

There’s a clear sense in 101 that Depeche Mode was becoming a money-making machine, packing huge venues and selling merchandise by the ton. This shines a spotlight on the elephant in the room: as bona fide artists, they were also building substantial wealth. That the film doesn’t shy away from depicting this aspect of their story is much to Pennebaker’s credit, because it’s an unpalatable truth. Despite the 1980s being characterized by unabashed capitalism and greed, fans have always wanted to perceive artists as producing art for the sake of doing so. Knowing they might get rich in the process disturbs our notion of their emotional sincerity, which, particularly for a band with such a brooding tone, is risky.

But 101 illustrates their growing fame without implying that Depeche Mode had sold out—a bit of a tightrope walk. It certainly helped that the album they were touring to support, Music for the Masses, was anything but what its title implies. Quite the contrary: while David Bascombe’s production was lush, the disc was moody and contemplative, lacking a boatload of obvious hooks. They intended the title as a bit of sarcasm. And yet, it was a platinum-selling record here; against the odds, the title became the truth.

Yet it’s the unexpected sideshow that really makes the film more than just another music documentary. Alongside the band’s adventures through an exhausting schedule of daytime promo spots and frenzied nighttime gigs is a busload of fans that’d won in a ‘be-in-a-Depeche Mode-movie-contest.’ Covering that vague late high school/early college age group, the ‘bus kids’ are a telling reflection of the band’s swelling American popularity as they travel to the tour’s 101st and final gig at the Rose Bowl in Pasadena, Ca. A staggering 72,000 people would attend.

Underscoring what could be called The Americanization of Depeche Mode is their cover of bluesman Bobby Troupe’s “Route 66,” a huge departure that featured the guitar-grind which would later inform “Personal Jesus” and permanently infiltrate the band’s sound. The track was fresh during the filming of 101, having been used in the soundtrack for Earth Girls Are Easy, and while it wasn’t yet available commercially, Pennebaker featured it prominently. He knew exactly what he was doing.

As DM had moved from being more of an underground phenomenon to experiencing widespread American success, their fans had shifted from being urban to more suburban. Other UK bands had landed at this intersection in the US: New Order, The Cure, and The Smiths had all occupied similar space. And there’s surely nothing new about sanded-down elements of fringe culture being absorbed by the masses.

Depeche Mode 101 captures this transition in progress—a place in time where sugar-water spiked hair and age-ripened, cinched denim coexisted alongside black cashmere sweaters and strands of pearls. Watching some of the bus kids debate their personal definitions of art and fashion further illustrated their differences (and their youth!) while also underscoring how none of it really mattered. As fans, their mutual passion for the music made their individual beliefs less important. Here, music was dissolving boundaries, and something about Depeche Mode was speaking to large swaths of disenchanted youths.

After co-founding member Vince Clarke’s early departure, Martin Gore had become their primary lyricist, but the delivery of Gore’s vignettes fell on the shoulders of frontman Dave Gahan. It was a two-man job. On record, the winning marriage of Gore’s words with Gahan’s mesmerizing baritone portrays a sexually fluid, vampiric lover, crooning on a bed of synthy hymns. Sometimes he’s sulking in a deeply reflective stupor, attracting your sympathy. Other times, he’s offering you a black rose and an energetic dance. Regardless, it’s dark. But in 101‘s performance segments, Gahan is mostly wearing all white—by contrast, angelic. It’s an effective twist, making him seem somehow more accessible… safer, even. The lights are on. For a minute you’re left wondering if this is the same man you’ve been courting all this time, but your confusion recedes because he’s such an effective showman, getting crafty with his mic-stand and using his hips to punctuate the lines coming from his booming voice. You can’t take your eyes off him.

And Gahan was under a great deal of pressure to visually “carry the show,” since Depeche Mode was an electronic outfit. While Andy Fletcher, Alan Wilder, and Gore worked at looking busy, triggering samples behind him, it was up to Gahan to domineer and entertain. Meanwhile, Gore sang lead in the studio only sporadically and conveys a much more fey, timid character when he takes to the front of the stage for 101‘s version of “The Things You Said,” a painfully relatable tale of betrayal. The crowd supports him enthusiastically. But standing there, shirtless, in a pair of saggy, black balloon trousers, he looks as if they might bowl him over. It’s proof of the pair’s symbiotic relationship: Gore could never have carried the whole show without Gahan, and likewise, Gahan needed Gore’s writing to serve up the angsty stew that spoke so eloquently to fans. It was a delicate balance they’d achieved.

Adding to that equation is the inescapably powerful undercurrent of homoeroticism running throughout Depeche Mode’s catalogue. This, too, speaks to their growing appeal in the late 80s, as the lyrics loan themselves to multiple sexual interpretations. At a time when gay youths were struggling to find role models, especially with the prevalence of AIDS, this might seem like a daring and sympathetic move. But it also potentially reinforces the idea that homoeroticism is just an illusion or a fantasy—not something to act upon—since the individuals giving off these strong vibes were all known to be straight. Whatever the band’s intention, Depeche Mode occupied a space of sexual mystery that satisfied the imaginations of listeners all along the sexual continuum. An entire essay could be written about why this might hold more allure than, say, Bronski Beat or Erasure, where all the cards were out on the table.

In the American suburbs of 1988, it was terrifying to come out as anything but straight, but sometimes a silent understanding existed between friends. A small drama plays out among the bus kids in 101 that mirrors the sexual ambiguity inherent in the band’s image. One of the contest winners, whose sexuality is implied rather than explicitly stated, seems to wander off in pursuit of carnal adventure at one of the many stops en route to Pasadena. Earlier, he’d become curiously excited at the prospect of visiting a truck stop (where he’s permitted to smoke inside—a token of times gone by). Concerned that he’d strayed from the group, others go looking for him and find him walking the street. His intentions are unclear. They lure him back, away from the perceived danger. It all happens quickly enough to seem insignificant and there are vagaries galore, but this brief scene retains greater meaning within the context of Depeche Mode’s fan base: homosexuality existed there as more of a tolerated idea but less of an actual behavior.

Alternating between black-and-white footage and color, between onstage and backstage, and between the band and the gaggle of contest winners, Pennebaker’s Depeche Mode 101 triumphs. The use of handheld cameras portrays the dizzying, nervous electricity surrounding the band and its relationship to its fans. Though it hardly resembles the run-amok garbage that reality television has since become, the film is championed as a precursor to the early reality shows that pioneered the format, (The Real World comes to mind), particularly because of the bus kids content.

But as a standalone live album or a soundtrack, 101 is frustratingly flaccid. This isn’t to imply that Depeche Mode lacked power. Their concerts were a celebration of the albums that’d come before. It wasn’t about improvisation or building on their material, but rather, delivering the songs the way the audience expected them, beat for beat. Even Gahan stays too close to home with his phrasing. What works visually in the film and the excitement of the audience doesn’t translate well to the recording. Additionally, the sound mix remains tinny—a more substantial bottom end would go far to stress the band’s industrial leanings, which is a large part of their musical muscle.

Rhino’s fresh box does nothing to remedy this, but it offers a new Blu-ray media version of the film, having recently undergone a thorough 4K scan with each window-frame of the filmstrip having been cleaned. It includes four bonuses: concert versions of “A Question of Lust”, “Sacred,” “Something To Do,” and the original live video of “Everything Counts,” which was 101‘s lead single. The box also contains two DVDs (the original film and the 2003 edition) and the complete concert from Pasadena spread over a pair of CDs. Also included is a large replica of the original 101 promo poster and two booklets, one of which features Anton Corbijn’s stunning photography of the band during the Masses era.

What it doesn’t contain is a straight-up concert video of the Pasadena show in its entirety. Why? Because it doesn’t exist. When 101 was originally released, fans that’d been expecting a concert film complained about Pennebaker’s formatting. The truth is that many of the performance clips in the film were taken from various nights along the way to California.

And really, it doesn’t matter, because the film is about so much more than just a concert. The show itself is almost beside the point… an endgame of sorts where the process of arriving there is much more revealing. 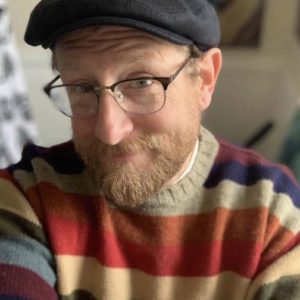