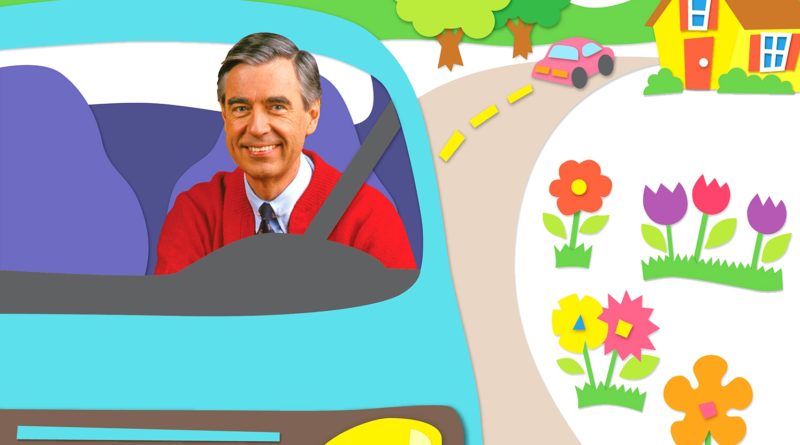 More than five decades after the premiere of the acclaimed PBS series Mister Rogers’ Neighborhood, the gentle, simple wisdom and warmth interwoven through the thoughtful program still act as a balm for viewers old and young, counter-acting the rough edges and harsh realities many of us face daily.

While the program’s final episode aired on August 2001, Mister Rogers’ influence hasn’t lessened over the years, a comforting thought proven by documentaries like Morgan Neville’s Won’t You Be My Neighbor? — released in 2018 — that captivated those of us who were old enough to remember the genial host and introduced a whole new generation to Mister Rogers’ Neighborhood.

While many will immediately return to the sage advice and guidance Mister Rogers wove into playtime stories and melodies, the music that acted as a subtle backdrop to the program is almost as iconic as the host himself. Most of us can sing along to the opening number, but with the release of It’s Such A Good Feeling: The Best of Mister Rogers, listeners are transported to a time where everything seemed just a little bit nicer. The familiar scene materializes at the first lilting piano melody: the cozy little living room, the fish tank, the trolley heading for The Land of Make Believe, and Mister Rogers himself, slipping into a cardigan as he sings “A Beautiful Day In The Neighborhood.”

A warm, unassuming man with a friendly face and an open smile, Rogers had a way of inviting people of all ages and backgrounds to friendship. But he was far more than fluffy words and feel-good TV; disappointed with the quality of television programming for children, he recognized the often-overlooked emotional intelligence they possessed and took on the weighty task of answering the questions they might not have had the words to ask. From 1968 to 2001, generations of children listened and learned how to navigate a world that wasn’t always as friendly as Mister Rogers’ neighborhood. Even more heartening, though, was the knowledge that it wasn’t just the children who were captivated; adults were drawn in by the thoughtful man who managed to speak through a television screen and straight to the heart, reminding us that even when all seems lost, there’s always a little bit of good in the world.

Mister Rogers might not be meeting us in front of the television screen anymore, but those small reminders can still be found, now in a twenty-three track album featuring five previously unreleased performances. Filled with program favorites, It’s Such A Good Feeling speaks the same wisdom, wonder, and comfort that made Mister Rogers’ Neighborhood an enduring classic. Opening with a special, unreleased rendition of “Today Is A Very Special Day,” Mr. Rogers condenses an entire philosophy into two almost impossibly simplistic lines: “Today is a very special day / Why? / Because I’m with you.”

From opening to close, It’s Such A Good Feeling not only reminds us of the goodness within others and ourselves, but takes on another monumental task: teaching listeners about jazz with the same effortless and subtlety that mesmerized viewers during the program’s decades-long run. The tracks, performed by Rogers’ longtime collaborator and accompanist, Johnny Costa, act as a perfect complement to the long-awaited reprint of Costa’s Johnny Costa Plays Mister Rogers’ Neighborhood Jazz, which accompanied the release of It’s Such A Good Feeling earlier in October.

Produced in 1986 and the last studio recording project shared by Mister Rogers’ Neighborhood Records, Johnny Costa Plays Mister Rogers’ Neighborhood Jazz has been out of print for decades, fetching top dollar on collector’s markets and finally returning for the first time on CD and digital release. Featuring thirteen of the program’s most famous tracks, including “Won’t You Be My Neighbor?” and “It’s Such A Good Feeling,” Costa and his longtime bandmates, bassist Carl McViker, and percussionist Bobby Rawsthorne, invite listeners on an instrumental journey, complete with the embellishments and jazzy flourishes that enhanced the beloved television program.

It’s Such A Good Feeling is now available for purchase as a CD collection, featuring photos, an introductory note from Neville, and an essay from Pittsburgh television critic and longtime USA Today contributor Robert Bianco. Costa’s highly anticipated release, Johnny Costa Plays Mister Rogers’ Neighborhood Jazz, returned as well, for the first time on CD and digital, complete with liner notes from Neville and the Rock Globe’s own Bill Kopp.

“You’ve made this day a special day, by just your being you. There’s no person in the whole world like you; and I like you just the way you are.”

It’s Such a Good Feeling: The Best of Mister Rogers

VIDEO: A Beautiful Day in the Neighborhood (official trailer)