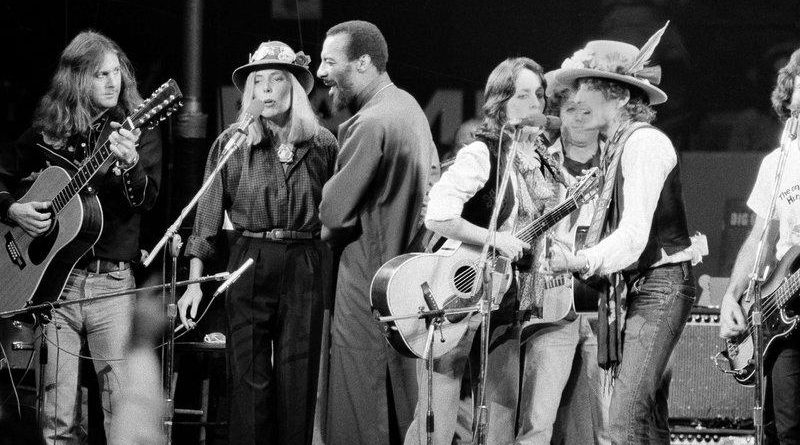 Rollin’ with the Rolling Thunder Revue

What lengths do we go to see our favorite bands?

The process has changed much over the decades, but this was me in 1975 and my pursuit of two of acts I just had to see. In part one of this story, I wrote about the somewhat desperate measures I went to to see Roxy Music in February, hitch-hiking from mid-Maine on the day of show, as snow fell, and a flu was gestating inside me.

This part concerns Bob Dylan’s Rolling Thunder Revue, which played closer to town – only eight minutes away – but required an extraordinary effort to snag the seats I wanted to snag.

It was the third week of November. The quick-hit announcement came: Bob Dylan’s Rolling Thunder Revue – very early on its cavalcade of a tour – was coming to the Bangor Auditorium on Thanksgiving, only an eight-mile trip from my dorm to the basketball barn. Tickets were sold the old-fashioned way: You went to the box office, handed over your cash, and got hard tickets in return.

Well, four of us decided the only way to score the best seats in the house was to be at the door when the doors opened. And the only way to do that was to camp outside the auditorium the night before, pack provisions and blankets, “sleep” as best we could, buy our tickets, go home and crash. We were college students, after all.

We were all Dylan fans off varying stripes. Me, especially of Blood on the Tracks and the soon-to-be-released Desire. 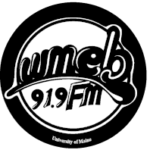 Dale Spear was one of our little gang. Dale, who was program director at WMEB, went on to have a 40-year career in public radio content development and programming at several stations across the country, including a stint as VP of Programming at PRI for seven years, He recalls, “I remember it being cold, like in the 30s. We got fourth row seats, dead center.”

We accomplished what we set out to do, despite freezing our kidneys. I recall being sick for about a week or so afterwards.

“I didn’t get sick,” said another of my hardy-soul friends, Billy Cowan, now a retired high school teacher in Maine. “The cold didn’t bother me much. But the ground was so hard. We were in our sleeping bags on tar.”

On Thanksgiving, we had a blizzard. This did stop some folks who’d bought tickets, but not us. It was the best show of my young life and, after all these years and hundreds more, still ranks high on the list. And, yes, I’m excited by the news, broke by Variety’s Chris Willman, that Netflix will release Rolling Thunder Revue: A Bob Dylan Story by Martin Scorsese later this year. This Scorsese fella’s made a few decent music docs. Apparently, Bob himself has sat or will sit for interviews about it.

Dale: “What sticks with me still today is that it was the best concert I’ve ever seen and though I was somewhat a Dylan fan – Blood on the Tracks – I wasn’t really a fan of the others before that night.  The highlight was ‘Hurricane’ for me. Also, Joan Baez mesmerized the crowd singing acapella and filling the Auditorium with her voice. I think the show was at least two hours. It was just magic.

“Aside from that, I remember Ramblin’ Jack Elliott, Joni Mitchell [who was only on some of the dates], T-Bone Burnett and Bobby Neuwirth. I talked to T-Bone in 2000, around the time of O Brother, Where Art Thou? about that night and he remembered it.  When I talked Ramblin’ Jack, his memory was fuzzy, but he also said that was the case for a lot of things.”

I concur with Dale about “Hurricane.” Call the song dated if you wish, but I’ll call it timeless. It’s about the racist injustice done to incarcerated boxer Rubin Carter, and it was incendiary. I’ve rarely heard a sweeping song with so many peaks and valleys (Scarlet Rivera’s sublime violin!) and such visceral power, Dylan spitting out this ream of declamatory lyrics. (Carter was in prison for murder. There were three trials: Conviction/appeal, conviction/appeal, a third trial dismissed by a Federal Court judge, citing racism as a factor. Upon release, Carter moved to Toronto, became a motivational speaker, and died in 2014 from prostate cancer.)

“I think in terms of what it was, it was the most amazing thing I’d ever seen,” said Billy. “It seemed so spontaneous. It didn’t have the feel of a pre-determined set list kind of thing. It wasn’t that spontaneous, of course, but it seemed it. Dylan billed it as traveling minstrels and it felt that way.

“One thing that stands out is the memory of Scarlett Rivera dancing – or floating – around the stage during ‘Hurricane.’ The Roger McGuinn set was so good. He played two or three from Cardiff Rose, a great record he’s just put out. Hejira had just come out and Joni played three songs from it – ‘Coyote’ was one of them.”

Billy’s seen hundreds of concerts over the years and still ranks Rolling Thunder as the best. Billy two bootlegs of marginal quality – links to them follow. He recommends the high-quality Columbia released in 2002 during the Bootleg Series releases. It’s culled from various shows and he says the quality is “phenomenal.” Oddly enough, perhaps, none of the bootlegs – legit or otherwise – have songs by anyone other than Dylan – so the experience is a different one from the song-swapping concert itself.

Last week, I was talking with Ed Siegel, an editor-writer friend of mine and former Boston Globe colleague. He saw two Rolling Thunder tour stops, the first in Providence, RI with his friend and rock biographer-to-be (Led Zeppelin, Fleetwood Mac, etc.) Stephen Davis.

“I liked it so much that I camped out overnight in Boston at the Wang Center to get tickets to see it again,” Ed said. “I went by myself. I remember thinking I was the oldest guy then. At 27! I was on Cloud 9 after those concerts. So much better than his return concerts with The Band earlier in ’74.”

A major Dylan freak, Ed said he can’t recall a show where Dylan, who sported white-face for these Rolling Thunder performances, was more joyous. A good word choice. I’ve maybe seen Dylan half a dozen times, so my experience is limited, but I can concur. It was joyous. Bob now? He’s not so joyous. It’s a word I would never use.

For me, one of the things that was extra-special about the show was one of my guitar heroes, Mick Ronson, was inexplicably part of the gang – yes, Bowie’s erstwhile Spider from Mars – and he did a song called “Life on Mars,” which was not Bowie’s song, but his own song of a similar title. (It’s on his 1975 solo album, Play Don’t Worry.)

Now, if you look at the set list culled here by setlist.fm and linked here you’ll see one helluva lot of Blood and Desire songs Dylan played so well – without radical reinterpretations best I recall – and rarely plays anymore. (Blood on the Tracks, of course, just got the mega-box/out-take release treatment. I’m still plowing through it.) At Rolling Thunder, we heard a lot from the yet-to-be-released Desire: “Isis,” “One More Cup of Coffee (Valley Below),” “Romance in Durango,” “Sara,” “Oh, Sister.” As to “hits,” well there was “It Ain’t Me, Babe,” “The Lonesome Death of Hattie Carroll,” “A Hard Rain’s A-Gonna Fall,” “I Shall Be Released,” “Just Like a Woman,” and “Knockin’ on Heaven’s Door.”

Here is not really the place to argue what Dylan’s done or become over the years, all the mutations and derivations. But if you’re wondering, suffice to say, I pretty much stepped away from Bob during the Christian rock era,  a trilogy that started in 1979 with Slow Train Coming and have come back only intermittently since, at least on record. I’ve seen him in concert maybe six more times, most recently in 2010.

Some concerts were better than others, but what doesn’t work for me is this: His even-growlier voice, his default blues-R&B bar-band kind of re-arrangements, his hit avoidance, his Sinatra fixation. Critics I respect have raved about all of that stuff – it’s all subjective, innit? – and I’ve heard his voice has remarkably enough gotten better in the last year or so. Fair enough. But I’ll stay on the Dylan sidelines and say thanks for the memories, those precious hours in 1975.