With a new expanded edition in stores, the former Cougar’s classic 1985 LP remains as real as it gets

In 1982, he issued the album American Fool (as John Cougar) and transformed from Top 40 contender to Top 40 champion. The following year saw the release of Uh-Huh, which proved that he had more to offer than little ditties ‘bout two ‘merican kids doing the best they can. (Or maybe the truth is that that little ditty was about a lot more than suckin’ on chili dogs behind the Tasty Freeze.)

Then, in 1985, with the release of Scarecrow, Mellencamp became an Artist. The evolution wasn’t a foregone conclusion. He could have continued to write songs about the familiar and arguably ephemeral and sold them with a voice that had more gravitas than The Boss (a rich man pretending inside a poor man’s shirt).

Instead, Mellencamp waded deeper into the stream of success and swam against the current. After a decade of singing about working people and hard times, The Boss went big and bouncy and spat out Born In The U.S.A., an album that promised more of the same but wrapped it all in large swaths of the forgettable and deeply palatable nostalgia. No matter how much Springsteen pulls on your heartstrings, you feel safe. Mellencamp was and is about making sure that the fourth wall comes crumblin’ down. (We can bemoan all those saps who have taken “Born In The U.S.A.” as a patriotic rallying cry all we want but Springsteen himself made it possible via deceptive musical settings and projectile production.)

At a time when even Dylan was seduced by the production aesthetic of the decade, Mellencamp’s albums sounded quaint, comparatively homespun. Hell, his drummer didn’t have a kit with 48 roto toms and three gongs. He was smacking out beats that looked like something the guy from the neighborhood polka band might have found too slight. Uh-huh’s big hit “Pink Houses” didn’t sound like a lot of other records on radio that year with its acoustic guitar and understated drum parts and Scarecrow didn’t sound like the synth-heavy, doom-laden LPs coming from multiple corners in 1985 either.

By 1985 the American farmer was in trouble and Mellencamp, a Midwesterner, had lent his voice to Farm Aid, alongside Willie Nelson and Neil Young. If others were shouting about the injustice of famine in Africa, Mellencamp was among those shouting about the economic injustices of corporate farming and destructive business practices on and in American soil.

Scarecrow, more than Springsteen’s “My Hometown,” was about a vanishing way of life and the vanishing lives of the Americans that surrounded him. The Boss sang about whitewashed windows but he was whitewashing the death of the American dream in the process. Mellencamp’s people bleed and Scarecrow, recently reissued in expanded form, reveals today how little these cracks and cuts have healed.

In 1985 radio continued to be a strong source of finding new music as classic rock hadn’t yet dug its talons into the airwaves. MTV was still in its relative infancy and though it was a boon to folks such as Duran Duran and their ilk, a fella like Mellencamp could still get by on his good hooks.

Yes, there was AIDS, racism, sexual harassment and the pesky Cold War but damn if looking back you don’t get a chill feeling like 1985 was in some ways a freer time and the music harkened back, in some cases, to a time that was freer still. Bryan Adams has said that his “Summer of ‘69” wasn’t about the year but instead about the position, but it’s at least about both. And anyone hearing that song in the mid 1980s would have been forgiven for getting misty-eyed at the nostalgia for a bygone summer, no matter what page of the Kama Sutra you left off on.

Mellencamp was caught at the crossroads of two Americas—the America of ingenuity and progress and the America of stagnation and decline.

What’s remarkable is that he sounds not defeated but instead resolute on Scarecrow, defiant at the impatience of progress, willing to lend his voice to justice and truth, and fully capable of letting people get loose and shake their ass along the way.

“You’ve Got To Stand For Somethin’.” You might complain that these are examples of what became hash tag activism—slogans that could have been replaced by pictures of either Maggie Thatcher or Chairman Mao.

But with all the half-baked slop that has emerged since, it’s easy to forgive Mellencamp for pointing us in a direction without giving us a detailed map.

The truth is, most of the 11 tracks that comprised the original vinyl release succeed in their aims and land deep in our hearts because their intentions are good. The opening “Rain on the Scarecrow” is sung with a naked honesty that could make a statue quake; nowhere in Springsteen’s output do we hear the halting anger of a man who has just lost his farm as loudly or resolutely as we do in the verses of this tune. Mellencamp followed that with a slight piece of Americana featuring his grandmother singing about a crying baby on a train—the kind of found song that would have appeared on a folk anthology a decade or two earlier and which lends Scarecrow some extra weight. If you were a kid growing up in Michigan at the time you might not have heard of some dude named Lomax but, later, when you finally undertook a listen to field recordings and the like, you understood.

It’s that material—the tunes that live at the corner of memory and melancholy—that stand among the LP’s best. “Lonely Ol’ Night” is a country tune dressed up for a pop show but it’s also the kind of country song that was harder to come by in 1985. By then that world had grown tired of all the girls getting prettier at closing time and had moved on to historical revisionism and love songs that were often more general in their approach. (All glory to Randy Travis but his particular brand of country was more heartache than sex and, here, Mellencamp latches onto carnal instincts with aplomb.)

“Minutes To Memories” could have been ripped from The Band’s songbook but there’s something more authentic about Mellencamp’s approach and the story he tells there that even Robbie Robertson, as great as he is, could never quite get a grasp on. If you caught your Grand Ol’ Opry-listening mom weeping along to it it would not have surprised you.

None of that would weigh as heavy as it does without a little bit of levity and the infectious “R.O.C.K. In The U.S.A.” and “Rumbleseat” offer the right dose of that. And, yes, “Small Town” still haunts and hurts in all the right places and makes us believe in Mellencamp’s mission all the more.

The previously unreleased material appended to the original release now makes little difference. And when we consider that Mellencamp once released a 27-minute album at a time when others were releasing discs that ran upwards of 80 minutes, you have to wonder why the original album wasn’t just remastered and put out in front of us once more to reconsider and re-appreciate.

The fact is that Mellencamp went on to have more hits in subsequent years and he became a name that was nearly a brand. But unlike some of his contemporaries his music making was never about success—had he been playing in coffee houses and selling his records from the trunk of his car, Mellencamp would have been telling the same stories he continues to tell to this day. Why? Because he knows that what we deserve is the truth and that’s what we always get in his songs whether we love them, hate them, or come up indifferent.

That’s the mark of an artist and that’s the man John Mellencamp proved he was with Scarecrow. 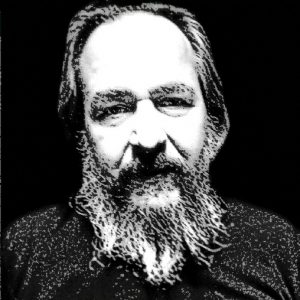