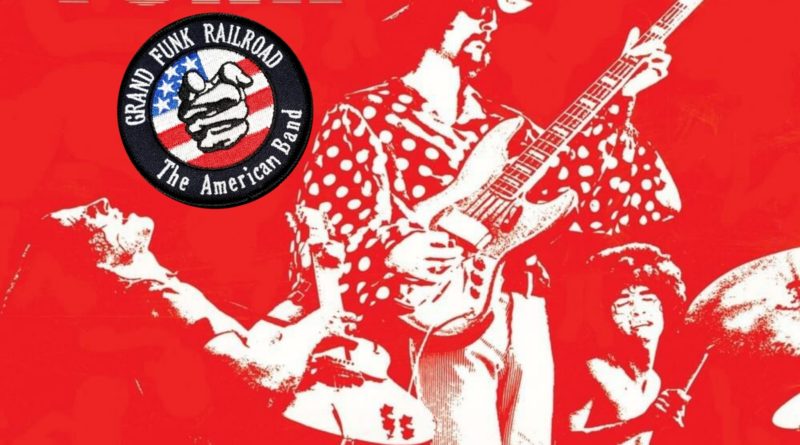 The AOR legends kick off a lengthy tour on March 4th in Atlantic City, NJ

He’s referring to the high-energy arena concerts that his band has played since the late ‘60s, and which they’re finally able to resume now that the COVID-19 pandemic restrictions are easing. (Their next string of shows start on March 4 in Atlantic City, N.J. and will continue through the summer – see full list below.)

Still, Brewer admits that the COVID-19 variants have made the band’s re-entry into live concerts rather unpredictable these past few months. “It’s been a little up and down and riding a little roller coaster here – but now it looks like live shows are going to continue,” he says. “Everybody’s just going to have to get over [COVID] and get used to it. We’re going to have to learn how to deal with it.”

This refusal to let the virus dictate plans will most certainly be the case when Grand Funk Railroad joins Kid Rock’s “Bad Reputation” tour from April through June. (Kid Rock has been a particularly outspoken opponent of vaccine requirements and other restrictive measures at music venues).

“There won’t be any masks or restrictions there!” Brewer agrees with a laugh.

Touring with Kid Rock seemed like a natural partnership, Brewer says, for several reasons. For one, Kid Rock likely grew up listening to Grand Funk Railroad, since both acts came from the same area in Michigan. “He lives down just south of Flint, and we’re from Flint,” Brewer says. “Michigan has always had a pretty good music scene – the groups know each other, and they play different shows together. They’re competitive, yes, but it’s not cutthroat.” (Though he’s proud of his Michigan roots, Brewer now lives near West Palm Beach, Fla., where he’s calling from today.)

That closely connected Michigan scene came into play when Grand Funk Railroad first formed in 1969. “The way Grand Funk came about was, [original singer/guitarist] Mark Farner and I had been in another band called The Pack, and before that it was Terry Knight and the Pack,” Brewer says. “Terry Knight later on became our manager. Those bands went kaput, and we were broke and needed to put a band together. So we looked around in the music business and what was happening at that time. This was 1967, 1968. Cream and Jimi Hendrix [Experience] and Blue Cheer were big. They were powerhouse trios.vMark and I said, ‘Let’s put together a trio.’ We knew this kid, Mel Schacher, who was playing [bass] with Question Mark and the Mysterians at the time. So we stole him from them.”

Grand Funk’s current lineup, which has been in place for 22 years now, still includes Brewer and Schacher, as well as guitarist Bruce Kulick (who previously played with KISS and Michael Bolton), keyboardist Tim Cashion, and co-vocalist Max Carl (who Brewer says is “probably one of the last blue-eyed soul singers on the planet, and he knows how to rock. That’s what Grand Funk is, is a combination of R&B and rock.”)

Regardless of the lineup, Brewer says he’s always enjoyed hitting the road with Grand Funk Railroad and playing their most beloved songs such as 1973’s “We’re an American Band” (on which Brewer sings lead vocals) and 1974’s “Some Kind of Wonderful.” He’s baffled by artists who complain about having to play their hits at every show. “You get tired of going onstage and playing these songs and watching people go crazy because they know and love those songs? Really, you get tired of that? I mean, come on,” he says. “I never get tired of that. I love watching the expressions on people’s faces when we do “Closer to Home” [1970] because they all have some sort of history with the song. Or where you see families all singing the words.”

Grand Funk Railroad’s classic rock has connected so strongly with audiences for more than 50 years now, Brewer says, because “it’s just very honest. It was not overproduced. It was not overthought. It was just heartfelt rock music, and I think that’s what people pick up on. With Grand Funk, it was always kind of like we were the local guys down the street. It could be any street, any city. But they related to us as the local band that made it big. I think that was always our appeal.”

Brewer says he knew he wanted to become a musician from the moment he saw Elvis Presley’s appearance on The Ed Sullivan Show in 1956. “I was totally blown away by rock music,” he says. “I didn’t care for waltzes and John Philip Sousa and all of the stuff that I would have to play in the school band. I liked rock and roll, so I learned how to play guitar. I put my first band together, The Red Devils, and we played at the lunch break in the gymnasium at the school. That was my first gig.”

When the school band needed another drummer, Brewer volunteered – and in so doing, he followed in his father’s footsteps. “My dad was a former drummer from way back in the Depression. He just loved it. He got me a drum kit, and we went in the basement and we would play records and he would show me how to play.”

Sadly, Brewer’s father passed away before Grand Funk Railroad hit the top of the charts, but Brewer is certain he would’ve been proud of what his son has accomplished: “Would he ever!” he says, adding that his mother, a former dancer, was also supportive of his artistic ambitions, “but she always told me, ‘You need to go to college, you need to have something to fall back on because this won’t last.’”

Brewer heeded her advice, earning a degree in accounting. He went on to law school, though he dropped out when his music career took off. He’s remained loyal to his drumming work ever since, except for a hiatus in the 1980s when, he says, “I stayed home and became Mr. Mom, taking care of the kids.”

In the 1990s, with his children grown and classic rock seeing a resurgence in popularity, Brewer knew it was time to bring Grand Funk Railroad back on the arena show circuit, which they did until the COVID-19 pandemic temporarily derailed them. Now that they’re back at it, though, he’s even more grateful to be regularly playing live shows with this band.

“It’s a release, it’s an escape, and it’s a cause for celebration,” he says. “I think that’s what Grand Funk has always brought to music, is all of those things. We’d love to see everybody come and catch us at any show. We’re out there all over the place, all the time!”

3 thoughts on “Grand Funk Railroad: Still Footstompin’ After All These Years”