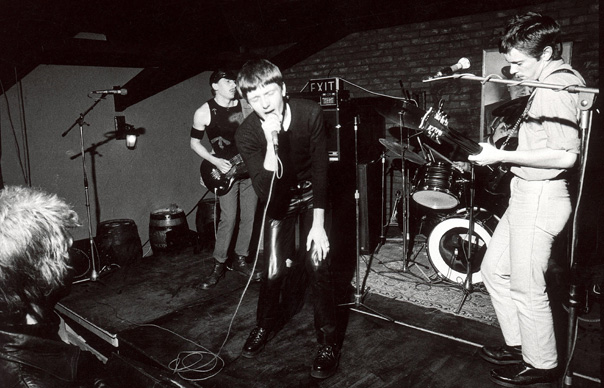 I have to start this during the winter of 1997, because that’s when I first heard of Joy Division. A buddy of mine during my one unsuccessful year at the University of South Carolina had a screensaver of the Substance album cover, and I was intrigued by the enigmatic dates “1977-1980.”

That seemed like an awfully short time period in which to function as a musical group (I conveniently forgot about the one-hit wonders of my youth in the Eighties, who usually managed a couple of years post-hit before imploding), and my history-buff love of eras was piqued. So I listened when Charlie played a couple of songs, and it sounded like nothing I’d ever heard before. I wasn’t sure if I liked it yet, but I found a copy of 1995’s Permanent compilation at a local record store and made the purchase.

2019 marks the fortieth anniversary of the release of Unknown Pleasures, their debut album that announced itself via a now-iconic record sleeve that said nothing of the music contained inside, but said it so well. Joy Division couldn’t help but be mysterious; their enigmatic imagery permeated the lyrics that Ian Curtis made-to-order for the soundscapes crafted by the rhythm section of Bernard Sumner, Peter Hook and Stephen Morris. Influenced by Bowie, the Sex Pistols, and local heroes the Buzzcocks, Joy Division crafted a sound all their own. It’s a sound that countless artists of the last 40 years either evoke directly and seem to subconsciously pull from to form their own style. But nobody could ever properly replicate the sound of this foursome from Manchester, England, in the limited time that they had before Curtis’ suicide on May 18, 1980. Is it a coincidence that Mount St. Helens blew up on that same day?

Unknown Pleasures came into the world during the summer of 1979, when punk was starting to become a cliche of leather jackets, spiked hair and loud noises, and something called “New Wave” was coined to describe everything from Elvis Costello to OMD. Joy Division didn’t really fit into either, and there were some who, perhaps lazily, decided to call some of the music of that time “post-punk,” literally “after punk.” From the first track on, “Disorder,” it was readily apparent to anyone with ears that this was something new. A sonic landscape of grating metal gates, bars swinging shut, and other industrial sounds permeate the record, much as Manchester’s industrial legacy permeates the lives of the band members (all grew up close to the city, in towns shaped by the Industrial Revolution’s inevitable decline). Famously, Sumner and Hook were aghast at what producer Martin Hannett did to their live sound and energy, but I think it serves the album (and its follow-up, Closer) well to have the music surrounded by sparse silence at times. Hannett was a notorious man to work with, but I really think he got the best out of Joy Division. Yes, they were an amazing live band, as countless bootlegs and a few official releases attest. But like Brian Wilson’s Pet Sounds-era Beach Boys, Curtis and company used the studio as another instrument, and that shows especially on “She’s Lost Control” and “New Dawn Fades.”

“Control,” long my personal favorite track on the album (and the only one I knew initially because of its place on Permanent), is reportedly based on a girl who suffered from epilepsy, who Curtis met during his day job working for Britain unemployment office. He later developed epilepsy himself, and fans of course can cite his manic, erratic dancing style onstage as perhaps a representation or even manifestation of the attacks that he suffered. As Joy Division came closer to achieving their dream of going to the States, his life began to fall apart. But in 1979, on this record, it would be fair to say that Curtis was in full control of his muse, and the band as a whole breathes new life into music at a time when a lot of acts of recent vintage were confronted with the fall-out surrounding the Sex Pistols’ collapse. When Johnny Rotten asked “ever get the feeling you’ve been cheated?” on a stage in San Francisco in 1978, punk was on its last legs at least in Britain; something new needed to come along. Joy Division was that something, and “She’s Lost Control” is the great “should’ve been a single” of the record.

“Interzone” is another favorite, just an odd double-track or duet (either between Curtis and Hook or Curtis and an earlier take of himself, I’m not sure which) which seems to describe an urban nightmare. Manchester, at this point in time, was less of a destination and more of a departure point, with no hint of the promise that the Eighties dance scene would bring. “Shadowplay” also seems crafted to reflect this den of despair, and “I Remember Nothing” closes out the album with further doom and gloom. But Joy Division’s reputation (largely posthumous) as a depressing band is not founded, in fact, when it comes to the music. “Disorder,” “New Dawn Fades,” and even the iconic single “Transmission” (released during my birth month of October in that year) are loud, dynamic soundscapes that catch the listener and make him or her want to “dance, dance, dance, dance, dance to the radio.” Unknown Pleasures shows the way towards all that came after: the “buried on an obscure foreign release” masterpiece of “Atmosphere,” the dynamic thrust of “Atrocity Exhibition” and “Passover,” the almost-prescient dance tracks “Heart and Soul” and “Isolation,” and of course the band’s swan song, “Love Will Tear Us Apart.” But it all begins here, with a mysterious image on a black background (a star exploding, according to legend), and an invitation to go on a journey that will change music forever. If you’ve never heeded that call, it seems like time to do so.