Looking back on the metal legends’ cocaine-fueled masterpiece

By 1972, Black Sabbath already accomplished more than any working class boy from the streets of Birmingham had probably ever dreamed about.

Their previous three records had introduced and established their heavy, driving, morbid aesthetic. At this point, they incongruously found themselves recording in sunny Los Angeles with mountains of cocaine at their disposal. Apparently, the record known as Vol. 4 bears that name because the proposed title was a very thinly veiled reference to the psychotic amounts of blow they were all consuming at the time.

Luckily, the band had sufficiently honed their skills over the years so that even though they were blitzed out of their mind, they still managed to keep up the usual level of quality without sacrificing too much of their vibe. To my mind, Sabbath worked its black magic best when they didn’t try to overpower the audience—instead, I think their secret ingredient was embracing the hypnotic power of a simple, primal, neck-snapping groove that slowly brought the nodding listener deeper into their world rather than overpower them with how scared they were supposed to be. Sometimes a little ambiance does the trick.

An unexpectedly light touch keeps the bluesy riff of “Wheels of Confusion” intriguing, sounding at times like Zeppelin, until we inevitably sink back into the heavy, machine-like grind that Sabbath did so well. Ozzy’s spectral wail laments the loss of a world of illusion as the band steadily pounds away behind him. Then we pick things back up and the song abruptly shifts gears to “The Straightening,” where aquatic keyboards take us out, with what could be the soundtrack to a car chase.

Vol. 4 is full of those kinds of sonic swaps. This may be because for the first time in their career the band was producing a record on their own, or because of the ADD caused by the perpetual druggy delirium, or maybe it’s what happens when a great band finally gains enough confidence to start to wonder what else they can do.

After a solid rocker like “Tomorrow’s Dream” you’d probably expect another one to chase it, and you’d usually be right. Instead we have an abrupt change into the unabashedly vulnerable “Changes” which features a stately piano refrain, poignant strings, and lays out the tale of the tape of a tragic breakup using simple, honest, heartbroken language. The usually boiling sonic Sabbath hellscape of lost souls, paranoia, and existential dread morphs into a tear-stained diary entry. Who can’t relate to that? Soul singer Charles Bradley certainly did, turning the song into an Otis Redding-like emotional catharsis and apparently he didn’t even need know who Ozzy Osbourne was when he cut his version.

There’s also the rather sweet “Laguna Sunrise” featuring a repetitive melody, played on a guitar this time, which sounds much like the meditative, placid California sunrise that apparently inspired it. Again, this peacefulness is not at all the kind of mentality we’ve come to expect from the Sab at this point, but it’s certainly a refreshing palate cleanser after the rougher numbers preceding it.

In “Supernaut” Ozzy proudly boasts of possessing a comic book hero’s capabilities, though this time it’s not a psychotic robotic iron man who is bent on wreaking vengeance; Ozzy’s flying so high he wants to touch the sky. Tony Iomni’s guitar solo sounds almost invincible. Sure, you might be feeling yourself now, you want to say, but watch out. Nobody gets away with this kind of thing for long.

“Snowblind” doesn’t even pretend not to be a song about being high as hell, but the crisp, almost military precision of the drums and the stern churn of the riff make it pretty clear that getting high isn’t going to be the answer to all your problems. Ozzy matter-of-factly states what’s going on, as if whispering the word “cocaine” didn’t already seal the deal: “Something blowing in my head/ Winds of ice that soon will spread/ Down to freeze my very soul/Makes me happy, makes me cold.” And then the string section appears, drawing a curtain over this raucously wretched state of affairs. That tasteful touch adds an extra level of drama to what would in lesser hands merely seem like a hell of a party.

And maybe that’s what makes Vol. 4 so emblematic as a Black Sabbath record. Even though the lads were coked out of their gourd when they made it, and they totally knew it, that didn’t mean that they couldn’t get it together when they had to. Self-destruction is never lingering far away in Sabbath’s world, yet somehow the band found a distinct and memorable way of making lively, catchy music even when it oozed with death and despair. 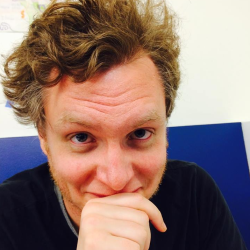